Do only conservatives hate “political correctness”?

“Political correctness” is generally defined as the unreasonable insistence on inoffensiveness in speech and behavior. It’s much harder, however, to say what, exactly, constitutes political correctness, because “reasonable” is in the eye of the beholder, and the disagreements about what is or is not reasonable frequently fall along political lines.

This article in The Guardian, for instance, claims that attacks on “political correctness” are simply conservative rhetorical flourishes:

At the Outline, Sean McElwee takes this thinking one step further:

But is this true that “political correctness” is simply a guise for racism? And that only conservatives oppose it?

According to the data from The Hidden Tribes report a cluster analysis based on a survey of 8,000 Americans performed by the nonpartisan group More in Common, found that “majorities of about every political group except for progressive activists” oppose political correctness. Here’s a graph pulled from the report: 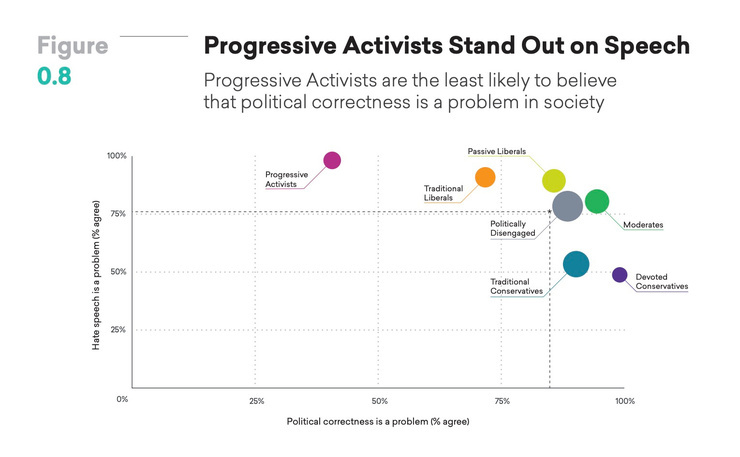 Additionally, there’s a progressive case against political correctness: That it’s a waste of energy.

In response to an incident in which a white American teenager was pilloried by online progressives for wearing a Chinese dress, progressive writer Anna Chua writes: “The whole cultural appropriation debate is in danger of being turned from a defence of minorities under the colonialist cosh into a lazy substitute for real political power.

Meanwhile, a number of vulgarian leftist media figures, the so-called “Dirtbag Left,” argue that politically correct “woke” culture is divisive and alienating. In this interview, the socialist cultural critic Amber A’Lee Frost says: “The majority of people are not woke. Why would we dismiss the majority of people as hopelessly reactionary?”`

The takeaway: The narrative that political correctness is an enemy concocted by racists and conservatives, intentionally or unintentionally, serves to empower the restrictive speech codes favored by progressive activists by categorizing any opposition to them as hateful or illiberal. It is also clearly false.

I am very disappointed that "racism" is thrown into many discussions. I have visited many countries throughout the world and one thing I have noticed in all of them isn't necessarily racism... to me it is more of a type of tribalism. A trait that was chosen for thousands of years ago for our own safety. The US is a "melting pot"... so it's not needed or desirable. It's up to us to reduce tribalism to a trait that is not found in our reptilian brain but is moved up into a location where it is accessible, but only in that rare instance when and if needed.

Regarding PC culture. Being sensitive to others, to our differences and our beliefs is very important. Where PC culture is a problem is when it comes into conflict with the First Amendment. Given that tribalism resides in the reptilian brain of many and is invoked from the mammalian brain of others there will be things said which most people would find offensive and some would find it painful. When that pain comes from simple disagreement and not anything visceral we are getting weak and that is a problem...a big problem...and there will be those who don't like the meme I'm including but after living for over 60 years and having family serve our country and not complain...I know it's true.

I believe what we need to do is train ourselves to harness that tribalism while also understanding that one of the prices of living in a country with free speech is that we run the risk of being offended. You cannot legislate safe speech. It can only be learned. Like most things worth having...it hurts. 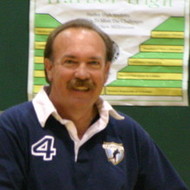 Conservatives love political correctness. What you are referring to is the abolishment of the first amendment which allows citizens to identify and criticize BEHAVIOR.

In every single instance of 'racism' that is accused to be as such is a criticism of one's BEHAVIOR - and if that behavior is a commonly recognized stereotype of that race, then the systemic problem is in the culture of that particular race and not the person criticizing the behavior of the people of that race.

I do hate PC and I hate it because it is fake. I would rather people be polite and there is a difference. People should and do have genuine thoughts and opinions and I would rather those be expressed in a polite manner. With a PC person you don't know what they believe in or stand for or what they will say or do when you are not around.

Progressivism is the main problem and PC has been the tool they have used to shutdown debate, ridicule, slander, libel and censor any dissent.

Note the use of the word... perceived

I also note that it is not only used as above it is used in any situation where Progressives find dissent.
Progressives cannot tolerate dissent.