The Cause of the Second Civil War in America

A must-read essay that describes the past and current USA in a way that few folks do. If the common folks were capable of consolidating information and formulating a concise well-written work as Taylor McClain has we surely would be reading many more essays akin to this one.

I do not agree with every aspect of this essay but enough of it rings true to compel me to share it with others. The snippets below provide a brief overview of a written work that all patriots need to read. The tidbits below exist due to the sad reality that a too-large percentage of the USA populace is mentally lazy and may not even be reading this introduction. In the age of the 10-second sound-bite on the Television even a paragraph's worth of reading has become a formidable obstacle for the overall declining quality of the USA citizen/residence.

For the curious and those wondering what must be done to save the USA the linked-to essay is an excellent starter to create a firm foundation upon which to create a mental view of what created the horrors facing us today and the possible even worse horrors to come. An awareness of the enemies and how they operate is crucial. Acquire the knowledge needed to let you, perhaps, become a part of the cohort of New Founders needed to preserve the original Founder's creation.

The Cause of the Second Civil War in America

"The average Southerner, part of the 69% who didn’t own a slave and would never have the wealth necessary to buy a slave, chose to fight, not to protect the capital of the wealthy plantation owner (whose wealth he probably resented), but for one reason only—the prospect of hordes of Black people suddenly freed to roam at will on the Southern landscape."

"It also occurred to the average Southerner that if the Federal government could intercede in the business affairs of the wealthy plantation owner and take his property, that is, slaves, from him without compensation, then the next day that same government could by force take his plow or his mule, and might even give the plow and the mule to the freed Negro so that he might have a fair and equal chance to earn a living—level the field, so to speak.

It was all too horrific for the average Southerner to contemplate. And that is why the average Southerner joined with the son of the plantation owner and both went off to fight and die. It was the looming specter of Blacks leaving the plantations and exercising their right to live in the White Southerners’ neighborhoods, attend their schools, and worship in their churches. If the average Southerner had heard of the political doctrines of interposition, nullification, or states’ rights, he might have cared about them and pondered the effect of such arcane theories on his ability to earn a living and care for his family. But in the main, he had not heard of them. He fought because of something more mundane, tangible, and cognizable to him—his Whiteness."

"In the U.S., however, there exists a very large sub-group who cannot and will not survive without being propped up by subsidized payments in the form of the many faces of welfare: Medicaid, food stamps, Section 8 subsidized housing, the WIC program for women with infant children, HEAP emergency heating payments, the earned income tax credit, SNAP supplemental nutrition, TANF temporary food assistance, supplemental security income, AFDC for families with dependent children, free cell phones, subsidized daycare, affirmative action, set-aside programs, subsidized public transportation, and so forth. All these programs paid for, primarily by working White people, men and women, of the white and blue-collar variety."

"But if one is unemployed there is still the old stand-by: the hospital emergency room where Blacks and Latinos, especially illegals, go for treatment on a regular basis. The hospital staff in every ER in this country share a name for these patients: frequent fliers. They come to the ER several times a week for every illness, real or imagined, sometimes traveling in an ambulance paid for by Medicaid. For the imagined aches and pains, the ER staff will administer a hypodermic of harmless saline solution in the butt, and the patient immediately feels relieved of their pain. The taxpayer picks up the costs for this because the Federal government mandates that a hospital cannot refuse treatment to any person for any reason." (Your hospital bill is much higher than it should be to cover the huge expense of the freeloaders).

"We’ve all heard that some groups of people are “givers” and some are “takers.” But who are the takers and who are the givers? When we consider the taxes paid versus the consumption of government services of all kinds, those groups who are givers and those who are takers are clearly seen through the optics of race. White people per capita contribute by the payment of taxes an average of +$2,795 per year. That’s a net plus. On the other hand, Blacks and Hispanics per capita contribute <$17,314>. This means that Blacks and Hispanics take out of the economy $17, 314 more per capita than they put in with taxes paid. This, of course, creates a short fall that has to be made up by other people or corporations, the givers, who pay more taxes than they might otherwise owe because of the deficit generated by the takers. A stark way to word this is as a counterfactual: but for the presence of Blacks and Hispanics, the U.S. would have a budget surplus each year.15"

"here is a difference, you see, between our desired peaceful ethnic secession and these named examples of countries falling apart by peaceable design or by political persuasion (as in the case of the creation of Israel). That difference is the same circumstance that prevailed in the U.S. 1861. That circumstance is the oxygen-sucking presence of unrelenting, swarming Third-World peoples living among us who are totally dependent on White people for their sustenance. That is what caused the first American Civil War.

That will be what causes the second."

I urge all patriots to follow the link above. Please share the link with other patriots. We, the People are facing crucial critical times. The Founders' writings warned us of tyranny and that is what has burst forth upon us. Tyrants have enormous wealth and power and some are politicians and the non-tyrant politicians there are many willing to serve their elite-class and corporate masters and if ordered to spit upon the populace they will do so declaring it is for the good of America.

Great article by a great Webzine that I have been supporting for over a decade. The Rising Tide of Color always breaks Civilization. You don't have to read too much history to see this pattern. I can't believe us white folks are more afraid of being called racist than putting forth the effort to save what we have built. Many white liberals and cuckservatives would rather throw their children into woodchippers than be called racist. This is truly the Era of Small Men. 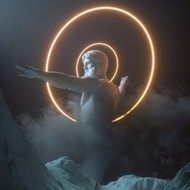 A civil war could erupt when the right wing people and the left wing people become so angry with each other that they come to blows. The first incident could be the spark and it could spread like a contagion to eventually nearly all parts of the country.
The basic reason such antagonism is generated is because in the present democratic system one side will win in a national election and then dominate the other side. Resentment then festers. A solution to this problem would be if there were right wing and left wing states such that a person could choose which kind to live under- no domination, no rub points. It is an idea that requires much fleshing out to present it as viable. As drastic as it may appear it is much less drastic than a civil war.
BTW, everything I've written also applies in Canada where a similar ideological division exists. 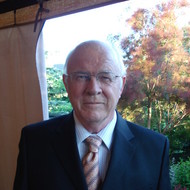 I don't see an ethnic divide--though some politicians are trying to create one. Rather an ideological one.
Some of us love America with its traditions and history. We also value freedom and local community, family and faith. Government is just a tiny part.
Others hate America. Or what it is. They want to destroy its history and culture. They prefer safety under a strong central government. One more globalist in nature. They prefer a faceless collective to friends, family or real community offline.
This is where reconciliation may be impossible. 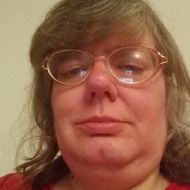 I completely agree. The racial divide is a largely a creation of the left who relentlessly preach victimhood to minorities.

There is a real divide, and I too, believe it’s between the toxic left, which hates American values, institutions and traditions, and the majority who feel the opposite. It isn’t just America, leftists are using race, religion and gender to promote division all over the Western world.

The first solution to any problem is to pick out a group, present them as cohesive and unified, and then blame them for the problem. If the general white population in America today were living under the circumstances that the general black population is they would be protesting as well. They like many black people would feel the blocks to inclusion set up against them every day of their lives.

Those who brought slaves over here and those who bought them did not use their foresight to realize the consequences of doing so, confirming the old "You snooze, you loose" trope.

The black community would do well to stop swallowing the victimhood narrative force fed by the moralizing left. You want a community that thrives? Follow the example of American Jews with their strong social norms around family, education and entrepreneurship.

The fact is that these welfare programs are just another form of bondage used to keep ethnic minorities in chains of dependency. Whenever someone tries to "run away from the plantation" of welfare, the government punishes them with removal of all assistance just when that little bit would get them out of the bondage. Therefore, I see that the reason the party of slavery, the Democrats, pushes these programs is to ensure the continued bondage of poor Americans of all races and colors and continue their plantation lifestyle on the labor of the middle, working class people.

I have been forced onto disability. Very true.
They always subtract more than you earn.

The left has always exploited low self-esteem communities to whip up anger and fan the flames of victimhood and hopelessness. The Brookings Institute showed the three major causes of poverty in America are not race, race, race, but dropping out of high school, having no job and having a child before marriage.

People of any race who avoid these three things have a far lower likelihood of being sentenced to a life of indigence. This is the great untold truth.

White America is failing and the rate of that failure is accelerating. It may not catch up with the failure of minorities but it points to similar underlying causes.

"white Americans are 83 percent of total taxpayers, and the percentage of zero-tax filers who are white is 79 percent."

This information is dated but it is the first statistics I came across. The situation isn't getting better. AI will make it even worse if there is no fundamental change to the economy.