Have you taken the White Fragility Self-Test?

I came across this "White-Fragility Self Test", which to me, reads like a handbook a cult leader would give to its members, or "Squealer the Pig" would prescribe to the Sheep in "Animal Farm". It's very disturbing to me as a non-white and non-black person. While reading it, my heart was heavy with deep sorrow for the white people who had been brainwashed to believe its teachings. I get the sense that a "wokeness cult" wants to mentally enslave white people and make them feel perpetually guilty for the things that had happened before they were born. How many white friends do you know are the victims of this ideology?

Ask yourself the following:

If you answered yes to any of these questions, you are dealing with white fragility. Take time to reflect on why you feel the way that you do. Take time to listen to different perspectives.

White fragility is a hindrance to racial healing because it prevents people of color from being able to engage white people in honest conversation without also having to bear the burden of catering to white people’s emotional comfort.

At its worst, white fragility can cause an emotionally unhealthy situation for people of color because of racial power dynamics and the weight of being responsible for white folks’ feelings while not having space to express our own. There is also the weight that comes with people that you care about lashing out at and abusing you (verbally, emotionally, and/or digitally).

If we cannot talk honestly about the issues, then we cannot make progress.

*White Fragility, as defined by DiAngelo, is the result of white racial socialization. A state in which even a minimum amount of racial stress becomes intolerable, triggering a range of defensive moves. These moves include the outward display of emotions such as anger, fear, guilt, and behaviors such and as argumentation, silence, and leaving the stress-inducing situation. These behaviors, in turn, function to reinstate white racial comfort and status quo. 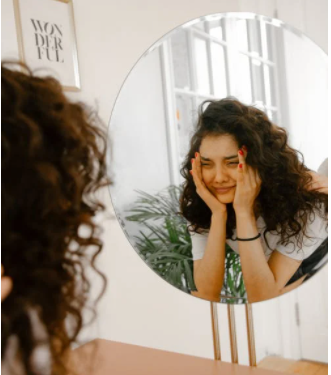 This is a lazy shaming tactic. The left uses shaming tactics to avoid debate. "You are a fragile person and your opinions are hurting people of color!" They say this to silence opposition instead of actually engaging with other people's ideas.

So now being white is being part of a cult? That is racist. No, I'm not angry. Yes, I believe our country needs to continually reform. But, no, the US is not systematically, institutionally or inherently racist. As I've said to others who have read this book, it provides a premise that is impossible to argue against- no matter what I say or do, it is simply because of my white fragility. Someone give me ONE example of systemic racism happening in the US TODAY- not in the past. The US is not perfect but people are using race and racial history as an excuse to power grab and make money- I'm looking at you, democrat party. No one will ever respond to my questions with facts for some reason. I am open to hearing alternative opinions that are fact-based.

It would seem to me that blacks are the fragile ones. One word can send them into such a state that they can’t be held responsible for their actions. As far as the bad feelings a POC may feel because of my existence, I really don’t give a shit.

I agree with you. Some time ago I was sitting waiting for a bus and a younger woman sat next to me and lit up a cigarette. I asked if she could move and she stuck into me about this being her land, that I'm a thief, she threatened me with this coke can she had in her hand, that she was done being told what to do by whiteys! She was yelling at me, leaning into me, swearing at me, a lot of it racist. I called 000, but by the time they turned up she'd left. I was so shaken up I ended up in tears.

I watched Tucker Coleman on Fox News talk about this and I was horrified! I guess therefore I'm suffering white fragility 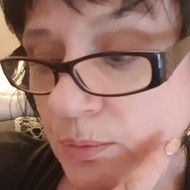 Same self questions that is can ask my self like chilean ( mix race) and about Indian people or about blacks and whites here.

The details is about the reality in the present and your decision to face your ideology about the action of your nation in the past and how can be the sent black or. whatever or a different nation . Soo is about any person and race talking about this article and differences will put the balance in different size and opportunities.

High energys to you 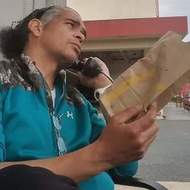 Hmm, article by Brett Goldberg - interesting name. Probably not allowed to talk about it.

And who the F is DiAngelo, if you read the article, test is written by Ally Henny.

Oh Robin DiAngelo, author of NYT best-seller. Wanna know how to write a best-seller? Simple, just be a propagandist. They will stamp it on your book. More from author:
Robin DiAngelo is an American academic, lecturer, and author working in the fields of critical discourse analysis and whiteness studies.

oh boy...
Whiteness studies is the study of the structures that produce white privilege,[1] the examination of what whiteness is when analyzed as a race, a culture, and a source of systemic racism.

Whiteness studies draws on research into the definition of race, originating with the United States but applying to racial stratification worldwide. This research emphasizes the historically recent social construction of white identity. As stated by W. E. B. Du Bois in 1920: "The discovery of a personal whiteness among the world's peoples is a very modern thing,—a nineteenth and twentieth century matter, indeed."[25] The discipline examines how white, Native, and African/black identities emerged in interaction with the institutions of slavery, colonial settlement, citizenship, and industrial labor.

So white people didn't exist before 1801? Oh now I finally understand why they always ignore the fact that the word slave comes from "slav", a indo-european racial group. When Europeans were hunted en masse and used as slaves, they weren't considered "white" yet... 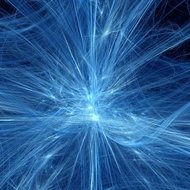 It's basically scientology. They tell you that something is wrong with you that can be fixed by buying the book, paying people to present at your work place, and taking more classes.

When you must pay for the truth then its not actual truth. 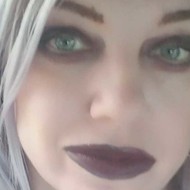 Yes DiAngelo has made a lot of money selling untruth and brainwashing people. Sadly many people have joined her cult.

I think DiAngelo needs to experience the feeling of an 80,000 pound, 18 wheel, Big Truck run him down and over.
It would certainly make ME “FEEL” Safer.

Robin DiAngelo and her insidious book "White Fragility" are spreading this mental virus that indoctrinates people to think all whites are born with the original sin of racism. Yes I would put DeAngelo on list of the most dangerous people to society.

@Naomimi
Well, honestly ... I have to say your reply made Me FEEL So Much Better ...
I don’t know why but I thought DiAngelo was a MALE!!!
I guess I might maybe have guessed a Female ...
because I have a cousin who married that last name?
I dunno but I am SO Relieved!!!

@Bay0Wulf Haha, not all bad people are male

What would pulling out a shotgun and blowing the questioner’s head off indicate?

The people who came up with this crap are the varmints in the vegetable patch.
I find the easiest way to “deal”, “negotiate” or “answer” the damage varmints create is to apply the contents of a shotgun shell to their ... butts.

So, if the words are reversed and say "black" instead of "white", and a black person says yes to any of those, are they guilty of black fragility? I see a lot of that going on right now. 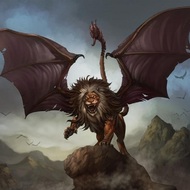 According to the woke cult, black people can never be racist which, unfortunately, is a badge of shame reserved mostly for white people. I see they are now coming at Asians too.

My thoughts exactly! Or green or red or yellow all would answer the same! It’s called human nature!
[britannica.com]

think about the memes' "micro-aggression" and "systemic racism" and who created them - this will tell you just who is "fragile" and who is not.
Imagination is a powerful thing and it doesn't take much more than a gentle nudge to stoke anger and resentment in the emotionally and intellectually "fragile" mind. It is not mere coincidence that those acting out most violently are ignorant, young, jobless and professed atheistic and hedonistic persons. They live for the "thrill" of violence and notoriety.
It is telling to see how individual anarchist (the chronically fragile) behave when once pulled away (arrested by police) from the group, handcuffed and arraigned in court. They are not so full of courage and bravado once they are separated from the relatively safety and anonymity of the mob. Then we see just how fragile they really are. 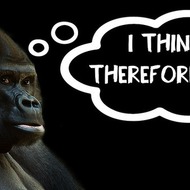 You gotta be kidding!

I know it sounds insane but sadly I know a lot of white people who believe this ideology. If they stay brainwashed and think they have this original sin of racism, the anti-white hate which we've witnessed in recent years (especially in the last month) will keep growing.

I'm white and I have absolutely no knowledge about what some of my ancestors might have done. You're right... I wasn't even born yet. So don't chastise me for something some white trash honky mo-fu ancient cousin might have done! 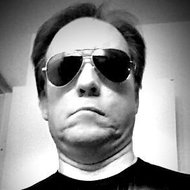 They're using clinical psychology and psychoanalysis as weapons, intentionally manipulating basic human insecurities as buttons and levers to trigger emotional and/or behavioral responses. They're psychopaths and sociopaths.

Item 7 is particularly interesting. The logic is straight out of Alice in Wonderland. 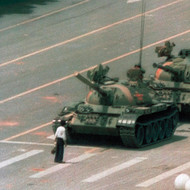 The answer should be; “No. I expect the accuser to grovel in the dirt and kiss my grubby feet ... until my “feelings” are assuaged.”

That's pretty much a "Nope! to all that.
Sorry. I can't help being who I am and how I was brought up. 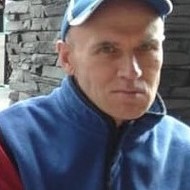 So if you feel anything your fragile ! *White Fragility, as defined by DiAngelo, is the result of white racial socialization. A state in which even a minimum amount of racial stress becomes intolerable, triggering a range of defensive moves. These moves include the outward display of emotions such as anger, fear, guilt, and behaviors such and as argumentation, silence, and leaving the stress-inducing situation. These behaviors, in turn, function to reinstate white racial comfort and status quo. 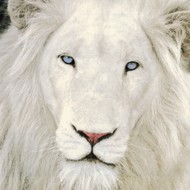 You can include a link to this post in your posts and comments by including the text q:107031
Slug does not evaluate or guarantee the accuracy of any content. Read full disclaimer.