5 6
I make videos. No set schedule on them. Here is one I put together yesterday about my feelings on our current situation.
#videos #video
DebraWinter 5 June 28
Posted June 28Unsave PostSave PostFollow DebraWinterJoin!
Share

This is on you too though.

And your generation. And mine. I don't wanna go trough the path they are setting up for us. Please help us all by keep informing yourself and trying to persuade as many people as you can.

Americans lacked adversity and are losing touch with their humanity, their emotional side, which is why they can't tell why it is they are but everything down while buying their own false narratives.

Trump can buy us time, and that's all we have, and what we need as well. Truth isn't so by itself when it's confronted by the majority perception. So we need time to truly start talking people out of the fanaticism. 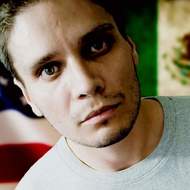 i agree. i do not wear a mask.

There is no law, so no lawsuits.

If there was law, then any one of the many law abiding members of The People could afford to gain access to the law and be defended by the law.

One of the governors who are causing death in the current crime known as The Global Treasonous Pandemic Fraud could be named on an affidavit as a criminal and that lawful accusation could then be moved to a local magistrate or justice of the peace.

Magistrates or justices of the peace are not government employees, if they have a bias it is not for their income, and they constitute the pool from which an independent, common law, grand jury is formed.

"No person shall be held to answer for a capital, or otherwise infamous crime, unless on a presentment or indictment of a Grand Jury..."

Part of the move from Rule of Law to Rule by these criminals, is the move away from independent, common law, grand juries.

Once the justice of the peace receives notice of a clear and present danger to life, liberty, and property, in the form of a Marxist/Communist Criminal occupying the seat of Governor, that warrants the formation of an independent, common law, grand jury, due to the probable cause of yet more injuries perpetrated by that criminal in office.

The independent grand jury commands all jurisdiction civil and criminal, so certainly a crime of this magnitude falls into the jurisdiction of any independent grand jury in any county in any State where any of these criminals in the office of Governor are perpetrating these heinous crimes, including the inciting of riot, inciting of violent criminal usurpation, which is also treasonous. The same charge applies to those running Corporate Media.

The independent grand jury members can hire (create or employ existing) court officers to serve subpoenas, or arrest those who refuse to state their case to the members of the common law grand jury.

"It is a matter well known, and well understood, that by the laws of our country, every question which affects a man's life, reputation, or property, must be tried by twelve of his peers; and that their unanimous verdict is, alone, competent to determine the fact in issue. If then, you undertake to enquire, not only upon what foundation the charge is made, but, likewise, upon what foundation it is denied, you will, in effect, usurp the jurisdiction of the Petty Jury, you will supercede the legal authority of the court, in judging of the competency and admissibility of witnesses, and, having thus undertaken to try the question, that question may be determined by a bare majority, or by a much greater number of your body, than the twelve peers prescribed by the law of the land. This point has, I believe, excited some doubts upon former occasions but those doubts have never arisen in the mind of any lawyer, and they may easily be removed by a proper consideration of the subject. For, the bills, or presentments, found by a grand Jury, amount to nothing more than an official accusation, in order to put the party accused upon his trial: 'till the bill is returned, there is, therefore, no charge from which he can be required to exculpate himself; and we know that many persons, against whom bills were returned, have been afterwards acquitted by a verdict of their country. Here then, is the just line of discrimination: It is the duty of the Grand Jury to enquire into the nature and probable grounds of the charge; but it is the exclusive province of the Petty Jury, to hear and determine, with the assistance, and under the direction of the court, upon points of law, whether the Defendant is, or is not guilty, on the whole evidence, for, as well as against, him. You will therefore, readily perceive, that if you examine the witnesses on both sides, you do not confine your consideration to the probable grounds of charge, but engage completely in the trial of the cause; and your return must, consequently, be tantamount to a verdict of acquital, or condemnation. But this would involve us in another difficulty; for, by the law it is declared that no man shall be twice put in jeopardy for the same offence: and, yet, it is certain that the enquiry, now proposed by the Grand Jury, would necessarily introduce the oppression of a double trial. Nor is it merely upon maxims of law, but, I think, likewise, upon principles of humanity, that this innovation should be opposed. Considering the bill as an accusation grounded entirely upon the testimony in support of the prosecution, the Petty Jury receive no biass from the sanction which the indorsement of the Grand Jury has conferred upon it. But, on the other hand, would it not, in some degree, prejudice the most upright mind against the Defendant, that on a full hearing of his defence, another tribunal had pronounced it insufficient? which would then be the natural inference from every true bill. Upon the whole, the court is of opinion, that it would be improper and illegal to examine the witnesses, on behalf of the Defendant, while the charge against him lies before the Grand Jury." Chief Justice M'Kean (who was also a President of the United States of America)

It is not my fault if you were dumbed down in school.

The Grand Jury then issues a presentment, served to the defendant, with a court date for a Public Trial before The People represented by jurors in a Trial Jury: Trial by the Country, Trial by Jury, according to the common law, in a Court of Law, not a Court of Admiralty or Equity.

I feel your words. I have fear for my children and grandchildren. The days to come are not looking as bright. 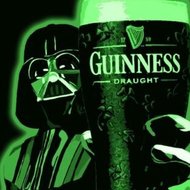 And don't forget to capture that random apostrophe before it does some real damage.

You can include a link to this post in your posts and comments by including the text q:108189
Slug does not evaluate or guarantee the accuracy of any content. Read full disclaimer.