Need input here folks.
This is long, so please forgive me.
The Demon-rats have control over everything......they're looking to get rid of the electoral college and/or making mail in ballots a nationwide deal.

With that said......we KNOW we can't have this. Apparently there is nothing we can do about getting them out of the WH for the next 4 years.....which means one or both of the above I mentioned will more than likely be done.

We KNOW they cheated....there's plenty of evidence but nobody gives it the time of day and nobody is looking to investigate, nor will they push for it it seems, along with getting the theft of the WH given back to its rightful winner.
Soooooo, HOW do we go about winning and taking all of this back when it's time?
We know there are D's & R's that KNOW there was fraud and they KNOW PT won again BUT they refuse to stand up and fight.
Not to mention, the left know they can do and say whatever the hell they please, including outright cheating and get away with it without anything coming back to them.....they've been allowed to do it and get away with it, which means, they will continue to do it if the need arises....so HOW in the hell do we get the majority again as well as the WH?????

Even through rose colored glasses. the future looks bleak. However, we have weathered trying times before! I think WE need to take , and get our state legislatures to make sure voting procedures follow the legislature's laws. Get rid of Dominion voting machines or tabulators. Paper ballots only, and voting on election day only. Absentee ballots received and vetted by election day. Get involved in your local politics. Work to get good conservative candidates elected in the Primaries.Work to get them elected in 2022. Keep the Faith and Pray for our Country!
I think the House and Senate can hold off the left's most radical efforts for two years. We need to resist the left's Media and Big Tech discrimination and shutting down of conservative voices.
Most importantly understand that our founders knew that the Government would become too powerful and abusive. They included the cure, Article V, which allows the states to gather in convention pass amendments for Term Limits, Fiscal reform and limits on the size and scope of Federal Govt. Check it out at  [conventionofstates.com] #cossquad #cosproject $wehaveacountrytosave

It looks like some states may be pushing back at the overreach of the Biden Administration. Texas, for example, seems to be pushing for a refusal to uphold some of the Federal laws being pushed by the dimwitted in DC. As for the rest of us, the best that we can do is stand strong with our core values and keep our houses aligned with those. If you oppose the rediculous BS being taught in public schools, take your kids out of them. If your Republican Congressman or Senator is a RINO, vote them out during the next primary election. We need brilliant new candidates to replace the Swamp. We need Governors, Mayors and City Counsel members who align themselves with the people and NOT the beurocratic elites. 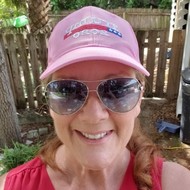 You can include a link to this post in your posts and comments by including the text q:179595
Slug does not evaluate or guarantee the accuracy of any content. Read full disclaimer.