Favorote movie discussion and why?

I don't rewatch it much but mine is the dark knight. Its dark but its a great exploration of human character. Even the good guys can be morally compromised

Captain american and nick fury in an elevator going down. talking about freedom
because that sums up amerca right now. 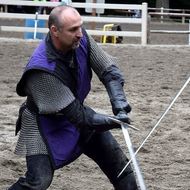 Original Planet of the Apes is a sci fi classic.

Catch Me If You Can. Mainly because it's based on true events. Frank Abagnale, Jr. (Leonardo DiCaprio) fraudulently worked as a doctor, a lawyer, and as a co-pilot for a major airline -- all before his 18th birthday !!! A master of deception, he was also a brilliant forger, whose skill gave him his first real claim to fame: At the age of 17, Frank Abagnale, Jr. became the most successful bank robber in the history of the U.S. FBI Agent Carl Hanratty (Tom Hanks) makes it his prime mission to capture Frank and bring him to justice, but Frank is always one step ahead of him. I fyou havent seen this, I highly recommend you watch it.

Return Of The Jedi, a favorite that reminds me of my childhood.

You can include a link to this post in your posts and comments by including the text q:21349
Slug does not evaluate or guarantee the accuracy of any content. Read full disclaimer.