Media Drops ‘Asian Hate’ Story, as it Becomes Impossible to Blame White People for Attacks Which Have Only Increased.

The surge in attacks against Asian Americans has only gotten worse. This is especially true in places like San Francisco and New York city where left-wing DA’s are releasing tens of thousands of violent criminals back onto the street in pursuit of ‘criminal justice’ for Black Americans.

Not only are DA’s like Chesa Boudin releasing criminals who then go on to commit a lot of these attacks, but they are also dropping the charges after these violent criminals are caught committing these attacks against Asian Americans.

Although these attacks have surged in recent months, the coverage by the national media seems to have reduced substantially. This is likely because many of the most recent attacks – like the stabbing of an Asian woman in San Francisco, or the Asian women who were brutally attacked with a brick – are tied to viral videos showing Black males were the perpetrators of just about all of these attacks.

It’s important to note that Black on Asian attacks, especially in San Francisco, is nothing new. The Pulitzer prize winning SF Gate once documented this ongoing issue in an article published all the way back in 2010. 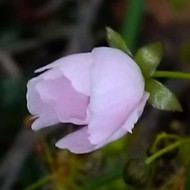 You can include a link to this post in your posts and comments by including the text q:220797
Slug does not evaluate or guarantee the accuracy of any content. Read full disclaimer.