"The Matrix, a science fiction film created by the Wachowskis, is probably one of the most influential movies ever made. The story starts when computer programmer Thomas Anderson, operating as a hacker under the alias “Neo,” discovers the truth about the world he’s living in, as he becomes aware of the existence of something known as “The Matrix.”

The Matrix is considered a philosophical film that contains many existing philosophical and religious themes, like prophecy, love, truth, karma, the nature of reality, and living in a simulation. But there seems to be a particularly close connection between The Matrix and Plato’s Allegory of the Cave.

This video (All I’m Offering Is The Truth | The Philosophy of the Matrix) is a philosophical analysis of the Matrix film. It analyses The Matrix through the lens of Plato’s Allegory of the Cave while exploring the following question: do we, as human beings, actually want the truth?

Please note: this video contains spoilers that reveal the plot."

The Matrix is among one of my favorite science fiction movies, and all three movies certainly got one to think more philosophically speaking. 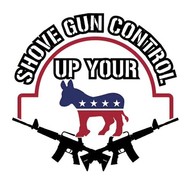 You can include a link to this post in your posts and comments by including the text q:279724
Slug does not evaluate or guarantee the accuracy of any content. Read full disclaimer.