Although marxist atheists think they are intellectually superior to Christian believers they merely replaced their authority of God with Government. Every criticism they have of God you can replace the word Government and the same criticism would be equally valid. For example: God kills then says thou shall not kill. Well the government does the same damn thing.

Marxists bow to the altar of Marxism and believe in the higher power of government.

Christians bow before Jesus and believe in the higher power of God.

Both have replaced their own mind and thoughts with an ideology or belief.

Christians almost exclusively don't get their morality from the Bible. Sometimes they'll be a little motivated to do the Jesus "turn the other cheek" or give to charity thing. Pretty much everything else they'd learn from the Bible is horrible though, so they're wise to ignore that, and they typically do.

So, on the one hand you've got people who follow the modern theory called Marxism, which may or may not be wise...but it's rooted in reality.

On the other hand you've got people with a vastly worse code of ethics, which they ignore for the most part so as to (wisely) make up their own.

If you've got a problem with Marxism...fine...I think the solution is to talk about its specific weaknesses though. I don't think it has much in common with religion though or God-belief. Religion's big problem is that (at least in my view, it's false). It sends people down paths in life that are less-than-ideal paths to go down (if it's false) because they have an incorrect view of reality. Marxism is rooted in reality though...and if I thought God-belief were rooted in reality, I'd feel the need to argue the specific pros and cons of following that belief system just like I'd want the specific pros and cons of Marxism discussed. 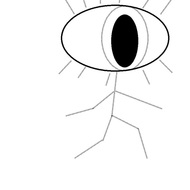 @Beachslim Biden is a communist? BIDEN? Biden is not a communist unless you're the most ultra right wing fringe group member possible to who wants to completely reshape America into something far more alien than it has ever been. Biden is a very moderate, boring person. Even Bernie Sanders was not a communist. People wanted Biden because he's boring and right smack dab in the very center of the country in terms of his opinions.

@Beachslim Well...given that you think Biden is a communist, I guess I am a communist too (relatively speaking). Hell, I'm not sure who isn't a communist in your opinion.

I'm actually just sort of a globalist democrat...I think that's probably the best way to describe it. That ain't a communist. I'm not even a leftist. I like Bernie Sanders, because I thought he was the smartest candidate and I voted for him to get a good leader...but I only wanted him elected because I assumed most of congress would block many of his goals in terms of law changes.

I'm maybe a liberal...ish. I'm not even sure I'd go that far. I'm a Democrat, and to most of the wealthy west the Democrats are are a center-right party.

So no...Biden isn't a communist, and if you think he is a communist, I have no idea what category you place basically all of our wealthy friendly allies in, such as Canada and the U.K. Are they like...what...Oober communists times 2 ? They're way more left leaning than all our Democrats except Bernie Sanders. What's China? Are they super agooglepex communists? They're about the closest thing we have to an actual communism.

Your classification system confuses me greatly. Apparently you believe nearly all of America's closest allies are communists. Germany are communists, Canada are communists. The U.K. Are communists. Hell...pretty much everybody is a communism except for, I don't know...maybe South Africa and the United States (for now)

@Beachslim Therefore, in your view, the most right wing elements of the American Tea Party are probably a little bit communist.

If you said socialist...I think I would have had a smaller objection. Pretty much all capitalist nations have some socialist aspects. They're not pure socialisms.

From what I understand, a difference between communism and socialism is that in a true communism all economic resources are publicly owned and controlled by the government whereas in a pure socialism individuals still own private property.

@Beachslim So then you're describing the entire world as communists. I won't say that's necessarily unreasonable, but most people are fine with some degree of government control...whereas they would not be at all fine with the greater control in what most people describe as communism.

What kind of arrogance believes they know everything, so they can conclude that there is no God? While numbers don’t prove anything, atheists are in a minority in the population, and are not a highly intelligent demographic. Of the most intelligent people on the planet, roughly 2/3 believe in God. Even the most intelligent can’t tell you if our Universe is a special case, what was there before time and space, and whether or not our Universe is part of one or more other Universes beyond our ability to detect. IMO those who are not open to the possibility of God, but have the opinion say, that aliens have been on Earth, are just silly and have an inflated view of their gifts.

Many people cannot deal with anything they cannot apprehend without their physical senses.
"...now appoint a king to lead us, such as all the other nations have.” 1 Sam:8.5

You can include a link to this post in your posts and comments by including the text q:302361
Slug does not evaluate or guarantee the accuracy of any content. Read full disclaimer.