Looks like more evidence is coming out that conflicts with the Russian Government's story regarding the butchery at Bucha, not that I'm surprised the Russian Government is lying yet again. The main article for this post is one from RedState, but I will also link to four other sources who are saying the same thing, and said sources are either OSINT journalists who are independent of corporate medias or are known right-leaning sources, and also all of which are rated high in factual reporting. I can't wait to hear the Putin apologists now try to claim the dead bodies in the streets were dummies stuffed with ketchup. Ukraine Derangement Syndrome (UDS) is alive and well...

Russia denies its Army committed war crimes in Ukraine in the most Russian way possible-
[redstate.com]

The Bucha atrocities and the Kremlin apologists:
Commentators suffering from Ukraine Derangement Syndrome are distorting and distracting from the horrible facts.-
[thebulwark.com]

Meanwhile the wicked Chinese who have committed genocide for years only gets a bunch of boycotts. 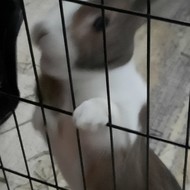 The 8 year half-war since Russia's 'little green men' first seized the Crimea and Donbas united Ukrainians against Russia The calculated ferocity against Ukrainians in this war steeled them for a struggle for survival. I think the deliberate atrocities being revealed may trigger a merciless war against the invaders.

Russian lies do not surprise me. They are led by a KGB colonel. Lies were an essential ingredient of the Soviet regime the KGB defended. Lies were only condemned if they did not work.

I see western rhetoric being ramped up. This may signal more kinds of aid being sent to Ukraine.

It's a shame more folks on here aren't/weren't aware of KGB lies and propaganda, that of which continues on to this day.

Putin apologists now try to claim the dead bodies in the streets were dummies stuffed with ketchup. Ukraine Derangement Syndrome (UDS) is alive and well...

who would say or even suggest such an idiotic thing like this.
Looks like someone was being deliberately provocative. I am not suggesting that it was not said. I am wondering how could anyone think up such stupid thing as this - much less speak it.

It sounds like something the Putin admirers would dream up when the narrative isn't going in the direction they'd like. The UDS part may or may not have been overkill.

It isn't stupid to those who desire to cling to a particular narrative regardless of any evidence to the contrary of what they would wish to believe to be true...

In light of evidence coming out which would contradict the pro Russian narrative, I wouldn't at all be surprised if they come up with a cockamamie theory such as that.

@SpikeTalon do you really believe there is admiration for Putin here?

@iThink If you doubt me on that, I'd suggest checking out posts on here from members like that sensershim4hizvews guy or Krunoslav or LawrenceBlair to name a few, most of their posts on the topic are pro Putin/Russia narrative.

You can include a link to this post in your posts and comments by including the text q:328168
Slug does not evaluate or guarantee the accuracy of any content. Read full disclaimer.