The Russian MoD claims that Russia does not have "Tochka-U" missile systems. This is demonstrably untrue.

Russia's 47th Missile Brigade from Korenovsk was armed with Tochka-U and received Iskander missile systems only this January, unlikely to have mastered them already.

The launchers's V markings indicate they are Russian, as we have not seen any Belarusian vehicles with such markings. 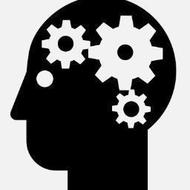 Yup, yet more proof the Russian Government has and continues to lie to the public.

We will also never forget the downing by Russia of Malaysian MH17.

A surface-to-air missile shot down MH17 on July 17, 2014, over Ukrainian territory, killing all 298 passengers and crew on board. The majority of the passengers were Dutch nationals. The Boeing 777 was on a routine flight between Amsterdam and Kuala Lumpur.

The findings of the investigation:

The facts will be determined not by the evidence but by the "winner" of the war. If the west wins Putin will most certainly be tried for war crimes. If Putin wins he will write the story.

If the west wins, Putin and his cronies will be tried for war crimes largely based on the evidence compiled by the OSINT community.

@SpikeTalon What's the OSINT community looking for? Just information? Or are they on the warpath meaning to hang somebody?

You can include a link to this post in your posts and comments by including the text q:331558
Slug does not evaluate or guarantee the accuracy of any content. Read full disclaimer.