Are we criminalizing prescription opioid pain killers because we can't stop the trafficking of illegal drugs coming into the US?

The #1 killer on the block ahead of heroin and then other opiods is the 'synthetic opioid' fentanyl. Most of the illicit fentanyl consumed in the United States is imported from China. They have labs that churn out a cheap, crystallized version of the drug and send it to countries across the globe, where it’s mixed with other illicit substances to boost their potency. Do you think the totalitarian government of China is unaware of these fentanyl labs? Remember the 'Opioid war' perpetrated on China by the British East India Company resulting in an estimated 10-12 million opium addicts? China knows a thing or two about opioid addiction.

The politicians and the CDC blame pharmaceutical manufacturers of prescription pain killer opioids like oxycontin, oxycodone, Vicodin, morphine etc., they have blamed physicians for over prescribing (some rightly so) and they have succeeded in punishing people who need pain medication by increasing barriers to access in the name of 'the opioid crisis'. Why hasn't all this solved the problem?

To rehabilitate drug users we provide them different drugs and when that doesn't work and they return to or turn to heroin. We supply them needles and bleach to decrease transmission of blood-borne pathogens like HIV and Hepatitis C, offer sites for needle disposal and suggest offering places to safely 'shoot-up'. This hasn't solved the war on 'the opioid crisis'.

I think of this more as a social crisis fueled by 'kids just want to have fun', to huge numbers of people suffering from the mental health issues like depression and anxiety and a rapidly changing world. Why haven't we invested in reviving our mental health system which would include drug addiction treatment?

But a big concern in my mind is how and when are our politicians going to target the illegal drug flow into the US? Before someone says China is doing this because of the trade war tariffs you'd be wrong because it started long before that. I'm not saying prescription drugs didn't play a part in this issue but I am saying this is the issue not being addressed Why?

My father was on the fentanyl patch towards the end of his battle with cancer. He had lost most of his ability to swallow; so liquid morphine was getting difficult to administer. Fentanyl significantly (until his last two days) reduce his pain.

The point of me sharing this I’m worried about government overreach. Fentanyl is a huge problem, but I hope the federal government doesn’t outlaw it completely, it can be very helpful, when necessary. 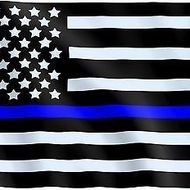 Consider another perspective. We have too many people and jobs are increasingly being automated. Now "UBI" is talked about frequently as people see what is coming ahead. Rather than the small hordes of unsuccessful hopeless people donning masks and causing mayhem in the streets while calling for the "rich" to be guillotined, there will be serious throngs of such people as more and more jobs go away, replaced by automation and AI and companies that are tired of the never ending problems associated with minimum wage and other employment laws at a time when socialists are demonizing them in their presidential bids.

If you accept this view that jobs are going to shrink like never before in our history and you make policy decisions, how do you think you'd view people voluntarily cutting their lives short because they find life unbearable?

It's a sad testament to the state of affairs in our spiritually inflicted nation, but I'm not sure anybody in power is going to rush against the pharma industry to try to fix it. 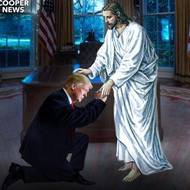 @dd54 You will need a wall on the northern border as well. Trudeau is building an ISIS training ground up here. A law making it illegal to be a member of an organized crime group would also go a long way.

@dd54 I agree with the law enforcement aspect, but a more rational approach would be to absorb Canada into the USA.

You can include a link to this post in your posts and comments by including the text q:62597
Slug does not evaluate or guarantee the accuracy of any content. Read full disclaimer.