Food for thought, not for arguments where the goal is to defeat the enemy at all cost.

Competition can be defined with actions that confess the goals shared by the competitors. Competitors who resort to any means, such as fraud, extortion, terror, murder, and mass murder confess specifically that those competitors are criminals, as a matter of fact, a fact that matters.

Non-criminal actions are many, a whole world of possibilities, actions as yet not dreamed by humankind (kind humans), and actions therefore not yet acted out by humankind: creativity, adaptability, a race to see which individual is the next STAR.

Criminal actions are competitively few in number dictated by obvious constraints. If the action is not willfully acted out so as to injure, consume, enslave, innocent victims, said action belongs in the other group, said action does not belong in the criminal group of actions used exclusively by criminals.

The number of actions outside the criminal group (lawful actions) = infinite, or only subject to natural limitations of the human genetic experiment.

The number of actions outside the lawful group of actions (outlaw actions) = only those actions perpetrated by individuals with the expressed purpose of harming individuals, such as fraud, terror, rape, torture, enslavement, murder, mass murder, genocide, democide, or worse.

The non-criminal, lawful, adaptive, legal, creative, productive, artful, useful, wonderful, beautiful, inspiring, hopeful, exciting, actions that humans have been, are, or may be capable of performing add up to a total number of actions to this date, this time, right now. If humans do not destroy themselves (an obvious example of a crime) the number of creative actions possible, competitively compared to the number of actions to this date, are – again – infinite.

The above is written to lead into a current story line, a narrative, of current events, a story line that may not have been written precisely this way by anyone before this moment. No reader has ever read this story line ever. You may be the first to do so.

It is clearly possible that the world of human beings is moving from total criminal control by the current dominant criminal gang known by many names not limited to the following list:

The race (competition) to lead the pack to reach the goal of Globalization, or One World Government, may be now suffering from division among their numbers. They all share, by the fact that their goal is the same, the same means to the same goals, and they all do not have to be on the same side, they may actually be only temporarily fighting the same battles for the same goals using the same tactics. So...put on your thinking caps, please.

If they divide in number, and start fighting among themselves, they can then be conquered, and that is because they are no longer as powerful as they were when they were all working COOPERATIVELY (not necessarily sharing the same game plan, but sharing the same means to the same ends locally), each division of the whole working similar methods to reach the same goal: dominance.

All that above leads into the clear distinction between the words Federal and National government.

If as the current evidence suggests, those seeking Globalism have divided and are now at war with each other, returning from Globalism to Nationalism, then it is clearly possible that the same divisions can occur within Nations. Nations can divide along similar lines into Independent States, where independent States are no longer defenseless against the powers that seek to Monopolize all the Independent States into one Monopoly.

The point here is to point out how each State is acting, and thereby how the states actions confess their goals.

Wake the fuck up.

Reclaiming the American Revolution: The Kentucky and Virginia Resolutions and Their Legacy
by William Watkins

"Second, federalism permits the states to operate as laboratories of democracy-to experiment with various policies and Programs. For example, if Tennessee wanted to provide a state-run health system for its citizens, the other 49 states could observe the effects of this venture on Tennessee's economy, the quality of care provided, and the overall cost of health care. If the plan proved to be efficacious other states might choose to emulate it, or adopt a plan taking into account any problems surfacing in Tennessee. If the plan proved to be a disastrous intervention, the other 49 could decide to leave the provision of medical care to the private sector. With national plans and programs, the national officials simply roll the dice for all 284 million people of the United States and hope they get things right.

"Experimentation in policymaking also encourages a healthy competition among units of government and allows the people to vote with their feet should they find a law of policy detrimental to their interests. Using again the state-run health system as an example, if a citizen of Tennessee was unhappy with Tennessee's meddling with the provisions of health care, the citizen could move to a neighboring state. Reallocation to a state like North Carolina, with a similar culture and climate, would not be a dramatic shift and would be a viable option. Moreover, if enough citizens exercised this option, Tennessee would be pressured to abandon its foray into socialized medicine, or else lose much of its tax base. To escape a national health system, a citizen would have to emigrate to a foreign country, an option far less appealing and less likely to be exercised than moving to a neighboring state. Without competition from other units of government, the national government would have much less incentive than Tennessee would to modify the objectionable policy. Clearly, the absence of experimentation and competition hampers the creation of effective programs and makes the modification of failed national programs less likely." 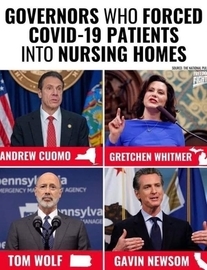