Is that not enough power?

"We have been on a disastrous course for a long time. The money supply has doubled in the last year, our debt is unsustainable, the value of the dollar is going to continue its drop, and those Americans who understand where we are headed feel helpless and held hostage by foolish policymakers in Washington," wrote Paul, a Texas Republican who ran for president in 2008."
Ron Paul claims money supply has doubled
By Lukas Pleva on Friday, February 5th, 2010 at 3:26 p.m

"The Federal Reserve doubled the money supply to end the 2008 financial crisis."

"The U.S. Federal Reserve undertook the most successful QE effort. It added almost $2 trillion to the money supply. That’s the largest expansion from any economic stimulus program in history. As a result, the debt on the Fed’s balance sheet doubled from $2.106 trillion in November 2008 to $4.486 trillion in October 2014."
Money Supply and How It Affects You
By Kimberly Amadeo
Updated January 13, 2020

"Quantitative easing is often regarded as a form of "printing money" but the Fed doesn't literally print anything. Paper money is printed by the Bureau of Printing and Engraving so that people who want to take money out of their bank accounts can get their hands on cash. But most money is electronic. And, yes, quantitative easing involves the Fed making new money."
The Fed and the 2008 financial crisis
By Matthew Yglesia

Can these people double the money supply again? How much Purchasing Power is that now? Does anyone else on the planet also have that much power?

According to the information already reported here in a previous post on Voluntary Mutual Defense IDW Community Web Page, the 12 Billion Dollar amount was lost in Iraq (War Zone) in 2003.

Did I make an accounting error above? Did I add into my account extra zeros?

Everyone who has Dollar (Federal Reserve Notes) Denominated Power to Purchase Combined had just over 2 Trillion Dollars to spend in 2008.

Then a few people added that much Power to Purchase into their own account on their own books for all to see.

Here is the judicial shield at work:

"Plaintiff admitted that it, in combination with the Federal Reserve Bank of Minneapolis, which are for all practical purposes, because of there interlocking activity and practices, and both being Banking Institutions Incorporated under the Laws of the United States, are in the Law to be treated as one and the same Bank, did create the entire 14,000.00 in money or credit upon its own books by bookkeeping entry. That this was the Consideration used to support the Note dated May 8, 1964 and the Mortgage of the same date. The money and credit first came into existence when they created it. Mr. Morgan admitted that no United States Law or Statute existed which gave him the right to do this. A lawful consideration must exist and be tendered to support the Note. See Anheuser-Bush Brewing co. V. Emma Mason, 44 Minn. 318. The Jury found there was no lawful consideration and I agree. Only God can create something of value out of nothing."
STATE OF MINNESOTA
COUNTY OF SCOTT
First National Bank of Montgomery, Plaintiff
vs
Jerome Daly, Defendant.
December 9, 1968

I’ll ask again. Where is the judicial sword? 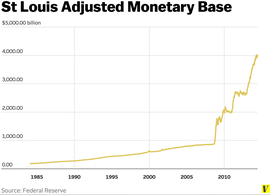 The judicial sword is sharp and double edged.

It's able to separate you from both life and liberty.

And it's out of your hands. 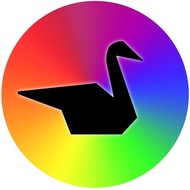 The tool can be used to reach a goal. Which tool do you claim as the one having a double edge?

The tool called Voluntary Mutual Defense has one edge: voluntary.

If you see a double edged tool, then I think you see the counterfeit tool: involuntary.

I am often wrong.

I see 6 letters in your answer, but since there is a genuine article and a counterfeit version, how can I know which version is the version you intend to convey with those 6 letters?

In the history of people, there was a time when a Court of Law was a reference to a common-law procedure whereby the process of dealing with a conflict was a process that proceeded according to the Ancient Law: the law of the land, legem terrae, the common law. Then as time went by a number of criminals hatched a plan to counterfeit that process, to sell to their victims a counterfeit version, doing so by telling lies about the true purpose of the NEW Law process, and so time goes by and people start referring to two types of courts:

"There has, probably, never been a legal jury, nor a legal trial by jury, in a single court of the United States, since the adoption of the constitution.
These facts show how much reliance can be placed in written constitutions, to control the action of the government, and preserve the liberties of the people.
If the real trial by jury had been preserved in the courts of the United States - that is, if we had had legal juries, and the jurors had known their rights - it is hardly probable that one tenth of the past legislation of Congress would ever have been enacted, or, at least, that, if enacted, it could have been enforced."
Lysander Spooner, an Essay on the Trial by Jury, 1852

"It was a principle of the Common Law, as it is of the law of nature, and of common sense, that no man can be taxed without his personal consent. The Common Law knew nothing of that system, which now prevails in England, of assuming a man’s own consent to be taxed, because some pretended representative, whom he never authorized to act for him, has taken it upon himself to consent that he may be taxed. That is one of the many frauds on the Common Law, and the English constitution, which have been introduced since Magna Carta. Having finally established itself in England, it has been stupidly and servilely copied and submitted to in the United States."
Lysander Spooner, an Essay on the Trial by Jury, 1852

@Josf-Kelley The law is imaginary. How it is practiced is real.

The soul of law is pure. Ideological.

The body is counterfeit.