We rely on members to let us know when posts contain content that violiate the community guidelines. The most common reason that content gets flagged is that it contains dehumanizing or trolling/baiting text. Getting too many flagged posts will result in account termination.
Visit Group Join Group
2 0 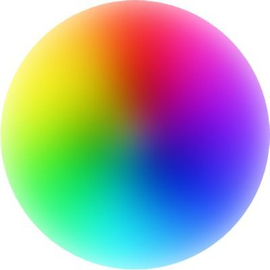 Does money mean P where P is power, as in power to purchase?

Is "profit" (+) "money" calculated due to the fact that influence no longer means a set of thoughts and actions that can be both (or either) destructive or productive, and by adding the qualification of "Positive" (+) to "influence" the idea is to calculate only productive influence and to no longer calculate both forms of influence?
Example: counterfeit money (fraud = destructive = power transfer, not power produced) no one profits, while positive investments using available power to create more power to create = profit? An example is offered in the phrasing: give a man a fish and the man eats a meal, teach a man to fish (innovation/positive influence) and the man can teach someone else to fish too?

Adding the idea of infinity (or infinite time while the formula accurately works as stated) can be demonstrated incrementally. Is that helpful? Example: 1 innovation/positive influence unit, such as "the wheel," or "jury duty," to the 10th power (a whole laundry list of very many innovations/positive influences) still take time to spawn in human brains and then distribute from brain to brain, and then as time passes a Star Trek type "Replicator" works by gathering sunlight and fed with basic elements to give people any item on a food menu in seconds. Now, unlike the Start Trek version, the user of the innovation merely speaks "Hot-dog A" and a Hot-dog formerly made at Yankee Stadium in 1998 is created in the device, for consumption, rather than having to type in a code on a keypad: voice activation innovation.

So the "without work" is a theoretical "Replicator" "3D printing" "AI Robotic" future where people still demand more innovation/positive influence (humans still wake up and want new experiences, and want things they can't do themselves) and therefore other people still supply to meet those demands, so there are still "jobs" and "employment" and reasons to wake up in the morning, but those future markets are less labor intensive?

I got to here the first time I read through the formulas and arrive again at the same demand:

@Josf-Kelley It's a little bit of a mind bender, I've been talking to some very high IQ academics about my theory and they've never seen anything like it.

The pen is mighter than the sword, but only if more people are influenced with what is written.

I will have to spend some time looking at that above.

Rather than start another Post I will paste the following here:

A tale of one coin.

First it may be a good idea to visualize a sphere and to understand that no matter which way the ball is turned the sphere looks round.

While speaking with a man from the East a very basic thought entered my brain and caused one of those moments of clarity eluded to in the word epiphany.

Up until this particular moment in time and place I had been conceptualizing both Left and Right in such a way as to attempt to make sense of all the various and often opposite meanings for Left and Right ideas.

I could call Left v Right a battle between ideologies, but that is an entirely different coin.

That was what clicked in my brain at that moment of that epiphany: this must have a basic, principled origin, a foundation from which this Left v Right idea (coin) was launched.

So what can I do with this epiphany?

How about the idea that finds its way to an individual in time and place, what happens during that process?

Someone thinking (the coin of Left v Right) either thinks “How do I…?” or “How do we…?”

That can happen any time, any place, for any reason, or for any cause that inspires an individual to think.

We, as a species, are stranded on a planet, and reason, logic, and moral duty dictates that we ask LEFT leaning questions.

How do we, for example, hold each other accountable, so as not to feed the criminals, because feeding the criminals makes the criminals stronger. The criminals can become so strong that they claim to be the only ONE group worthy of the power to solve the criminal problem.

How do I solve the criminal problem? I look in the mirror.