We rely on members to let us know when posts contain content that violiate the community guidelines. The most common reason that content gets flagged is that it contains dehumanizing or trolling/baiting text. Getting too many flagged posts will result in account termination.
Visit Group Join Group
6 1

Regarding the pedophile video, I personally support the normalization of pedophilia. You might not like that pedophiles exist, but they do and it's better to integrate them in society than ostracize them.

This person can’t be serious. I think people making these comments are just trying to stir people up.

agree to disagree. i don't think they can help who they are attracted to, but i don't think integrating them in society, or at least being around kids of any kind is a good idea. 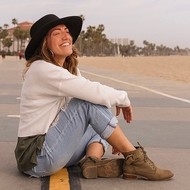 I think the idea of it being good enough to exist is a good thing too, but I disagree that it should because and it is bad too though, that's like gay people trying to rationalize why they're liking to be gay, that's pretty fucked up right, and I don't even think it's good enough to be called a good idea, is why that I would even say that myself either, I'm not because what I'm telling you is I'm the Devil right now, soon, you're going to be and just like all of them others my little plaything when I shove this thing right up your burning ring of fire brother, I don't need to rationalize all the things that I'm going to be doing to you, because unlike you I don't need to think that what I'm doing since I'm the Devil is right and all just because it's the only fantasy of mine that can ever give me the pleasure that I need, need, these days.

You think you're idea of pedophiles being right is right, what about what pedophilia is really right though, I mean, that's what I'm asking you, because, you think that you would be right just about pedophilia itself right, well, not gonna lie to you, that's why that your belief that pedophiles like you shouldn't be the ones ostracized for it means absolutely nothing to me, I'm still going to eat your ass later, you little pig.

Oh the, irony, it is just palpable. @ariellescarcella hey, hello again Arielle girl, I'm just coming to check up on you again, I like watching, well honestly the crap real crap that you get people to say about things sometimes, I like it a lot. Oh, and don't be worried what I say about. said, about gay people though, that was pretty fucked up right, exactly, I know right, and that's why that I like you my gay not girlfriend, I'm sorry I'm the devil, and I must tease you for it sometimes. Hey though, forget about that, that's not love am I right, so that's it then keep up the good work and I'll be watching, laters......... 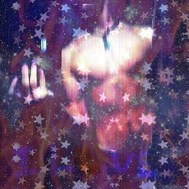 It may be within the "norm" of human behavior, and given how often we encounter it, that's possible. But the difficulty lies in accepting that some people feel that way, without allowing them to act on it. Some number of the worst actors I have encountered were themselves victims. If we don't work to break the cycle, we are part of the problem.

As a victim of a pedo, I fully support the death penalty for them. 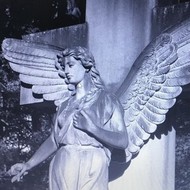 How and why is it better? 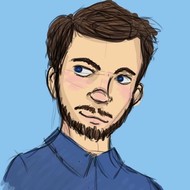 If you ostracize pedophiles that makes them less attached to society and its rules and therefore more likely to molest a kid. If you support them in non-offending, make sure they have good mental health etc. that makes them less likely to act out. I want every pedo to be able to come out as pedo without significant negative consequences, that way I'll know who to subtly monitor, not leave alone with kids etc. I'm much more afraid of a covert pedo than of an open one.

@quester Then by "pedo" in this case, do you mean someone who has pedophilic tendencies (being an involuntary sexual attraction towards children), who has NOT acted on those tendencies?

Because from a logical standpoint, I have to agree with the idea. I think that SOME level of "normalizing" would help to get people treatment and resources.

@RavenMStark Yes, of course. That's the definition of a pedophile. We can't control what people's attractions are, but we can control their behavior.

@quester is there any stats or psych to back this idea up?

@quester How can we control people’s behaviour. How exactly?