Life with out Trump ?

It will go back to being boring, for the better. No fears of WWIII starting due to some childish Tweet starting an international incident. No more kowtowing to brutal dictators, falling in love with them, trusting them over our own intelligence, emulating their actions. No more enabling white supremacists. No more dog-whistling, fear-mongering, and fomenting discord. We can go back to following science and rationality and having actually knowledgeable experts assigned to cabinet roles rather than corporate cronies.

"No more kowtowing to brutal dictators"... Except the one in China.
"No more enabling white supremacists"...
Unless they are Joe's old KKK friends.
"No more dog-whistling, fear-mongering..."
Except for the 'long dark winter' we are about to have.
"We can go back to following science and rationality"...
Except for the extended lockdowns that the WHO say don't work and do more harm than good...
"experts assigned to cabinet roles rather than corporate cronies"...
Except for the expert cronies he's assigned to cabinet positions...

>No fears of WWIII starting due to some childish Tweet starting an international incident.

I'd like to think it would take more than that to start WWIII ... like the Dems insistence on destabilizing the Middle East and becoming more involved in Syria.

>No more kowtowing to brutal dictators, falling in love with them, trusting them over our own intelligence, emulating their actions.

I think every POTUS since FDR has done that, regardless of party.

Trust me, Trump did not enable White Supremacists. If anything, the #DissidentRight was stronger during the Obama admin.

I guess anti-White rhetoric from the Left doesn't count.

>We can go back to following science and rationality and having actually knowledgeable experts assigned to cabinet roles rather than corporate cronies.

I seem to recall every Dem since Clinton dry humping corporations. No diff bt the parties on that front, just a difference in flavor.

@Tom81 so you are okay with Trump and falling in love with brutal dictators in Russia and N. Korea and India, just not China? Also, you really think Trump is tough on China? At this past World Economic Forum, Trump proclaimed that he and Xi "love each other". Trump also applauded China for its "efforts and transparency" on COVID. He has a secret Chinese bank account, he forced through several Chinese trademarks for his daughter Ivanka (corruption of the office), and a Chine state-owned company is his NYC tower's largest tenat. And you really think he is hard on China?

@ZuzecaSape I would also hope it'd take more than a Tweet to start WWIII, but antagonizing a dictator with nukes isn't a great idea, nor is encouraging further divide in the country and rallying his base toward violence against his detractors. You are correct, all presidents have cozied up with dictators in the name of peace, but I think Trump brings it to a new level with his "love" and trusting them over his own intelligence agencies. Same with corporate favoritism - I agree everyone does it, which is one of the main criticisms I have with the Democratic party, and why I didn't support Biden in the primaries... but I would still prefer an environmental scientist in charge of the EPA rather than an outspoken anti-EPA lobbyist. I haven't seen any anti-White rhetoric from the Left. Asking for equality and ending White Supremacy isn't anti-White, though many White people do see it that way, as they aren't used to or comfortable with other races gaining the same equality.

@JacksonNought My biggest problem with #Trump is that he's a disingenuous buffoon. I can't imagine people were so desperate for an anti-pol that they thought Trump was a good idea. The whole term was a series of fumbles and misdirections.

To Trump's credit, however, he didn't fuck up as bad as I was afraid he might. My biggest complaint was that he half-assed everything. It was obvious he had no idea what he was doing. I honestly think he's been succumbing to progressive dementia for at least a decade now.

I really hoped he was running for POTUS just to see if he could get elected, and that he'd resign after the election, but the slow-motion train wreck continued. I thought maybe he was grooming Ivanka for a 2020 run. I could see that. She would have done well. She's smarter, more moderate. Alas, Trump decided to continue fucking everyone, himself included (this term has to be bad for his enterprises).

I didn't mind Trump going easy on Russia and North Korea tho. Russia would be our friend if we'd let them and China has plans to quash any conflagration on the Korean peninsula with regime change in North Korea (they make too much money from South Korea, Japan, and the USA to go to war with them over the DPRK). I honestly don't give a shit about China; apparently we're cozy with commies anymore, so I see no reason to antagonize them over some SouthPac islands or free speech.

I would've preferred Tulsi Gabbard on the Dem side, but Biden was my second; he's milquetoast, he won't do anything too radical. I think the EPA's too heavy-handed; Wheeler didn't bother me that much.

True, but advocating for actual #WhiteGenocide and encouraging overt discrimination / violence against Whites is.

@JacksonNought you are just a commie simp. Your points are complete shite, and you talk nonsense in circles. Trying to reason with you is like pissing into the wind. Your only mission on this platform seems to be to troll with misinformation, since you can't answer questions or to criticisms of your ideology/preferred political leaders without lying.

@Tom81 hahahahaha. Coming from you, that's quite funny. Good deflection there, troll.

@JacksonNought you calling me a troll and saying I'm deflecting

. Are you projecting again? You really have no self awareness, because that sums up all your posts. Why don't you come back at me with another humourless jab, because your flagrant lies aren't worth addressing.

@Tom81 uh huh. Do you have any actual arguments, or just Conservative troll buzzwords? In the month or so you've been on this site, have you contributed anything of value? You live in Australia, never lived in America, but seem so ingrained in the Republican party and an unwavering Trump supporter. Your first posts were all about the election, seems like you are just trying to spread discord and false information and be a corrupting foreign influence on American politics.

@JacksonNought "Conservative troll buzzwords"??? Like what? I've used leftist buzzwords against leftists. And I'm not a conservative, just anti socialist (and the democratic party is packed with them) and anti authoritarian. I could not care less about republicans. You simple mind can't figure that there's more to political beliefs than left and right.
I may live in Australia, but what happens in the US affects policies here, and no doubt around the world (can you wrap your feeble mind around that?).
"have you contributed anything of value?" - have you? I don't see your posts getting many 'likes'. And I see other members laughing at you too. You only post to troll, you can't debate any point without using lies and misinformation. Your insults aren't funny or witty. You're historically illiterate. You can't answer to any criticism of the democratic party without deflecting to what republicans have done. You just regurgitate MSM garbage. So what's your contribution? To be a low level nuisance? A Biden/democrat cheerleader? 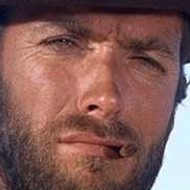 You people said the same nonsense when Obama was elected.

@JacksonNought what do you mean by “you people”? You don’t know what political affiliations I have if any at all. Prove my statement wrong during Obama’s horrible 8 years n

@Serg97 it was true? So he confiscated everyone's guns, as the right-wing pundits shouted about? Hm, must have missed that.

@73jazzbass I take it you are a Republican and/or Conservative. So yes, Conservatives fear-mongered about Obama, with most of their lunatic predictions never coming true.

@JacksonNought all of your bullet points are wrong and typical liberal bullshit. Dig a little deeper for your research. Do I know what Socialism is? I’ve only studied the effects of collectivism for thirty three years. If you on the other hand knew anything about Socialism you would not make the ignorant remarks I see posted here all the time. If you actually read my post I said there will be MORE taxes and LESS freedom and MORE gun laws, etc, etc, etc. it was a relative comment regarding life without Trump. But as most liberals do you misinterpreted everything

Sure, you can say this is regardless of Trump's policy on anything, it's just the direction the next administration would go. Well then in a similar statement, I could say with a Republican administration following a Democratic one, there'd be more theocracy and Christian favoritism, more wealth funneled to the richest 1%, further erosion of the middle class, more bigotry expressed by elected representatives, more destruction of the environment, and yes, less freedom - attacking bodily autonomy, marriage rights, non-Christian religion, etc. Whether you think your predicted outcomes are good or bad, or mine are good or bad, would depend on which side of the aisle you sit.

Do you mean the new Socialist States of America????