Do you think the general level of societal anger is growing?

Not sure what country this man is from, but his careful comments are accurate WRT the US. These concerns are in many countries other than the US, though. Tyranny and a clear attempt to do harm will frequently cause this type of reaction.

I don’t think we’re to the point of the French Revolution yet or even the American revolution, but I wouldn’t like to be in the position of the puppets in the American federal government. The Usurper-in-Chief may be able to abuse his authority with the military, but he may be surprised at how many will refuse to obey an unlawful order and how many will resign their commissions an join the revolution if he continues on this path of overthrowing the constitution. After all we all (including him) swore an oath to defend the constitution of the United States against all enemies both foreign AND domestic. NOT A THREAT - just an observation. He should also remember that there are millions of highly patriotic, highly trained, highly educated prior military who love this country they sacrificed so much to keep free. JUST AN OBSERVATION.

IF I AM SUDDENLY SUICIDED OR DISAPPEARED, LET IT BE KNOWN THAT I AM NOT SUICIDAL AND HAVE NO INTENTION OF DISAPPEARING WILLINGLY. DID YOU HEAR THAT KILLERY? 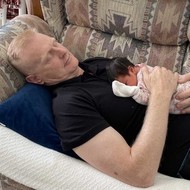 Bjorn is a Norwegian author of historical Viking novels. I admire his stoic demeanour and down to earth take on world events from a perspective literally on the other side of the world.

If the LIBs keep trying to take one RIGHT after another away, THEY "ain't seen nothin yet", remember 1773!!!

The left never did, and doesn't now, want a dialogue.

When you censor free speech, enable radical left environmental policies, lock down small/medium-sized businesses while allowing big-box stores to stay open...when you lie to the masses and ban doctors from speaking out, and when you disregard 50% of the voting population, you will get anger! 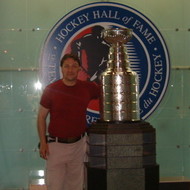 Does it seem like anger is what they want? Are we being pawned out in some Hegelian push/pull synthesis board game?

Posted by RaithRoguestarBecause they know you'll buy a gun and ammo and shoot your eye out.

Posted by WilliamRidleyVEEP is getting ready ...