Such great things are within humanity's grasp. Instead of a prison planet controlled by narcissistic business oligarchs, supposedly wanting to depopulate and cull the herd; we should be reaching for the stars and exploring the galaxy, just like our ancestors did from the beginning of time upon the earth. Maybe not in conquest or conquering but like exploring and getting to the South Pole & North Pole, or the effort to get to Tunguska a 100 years ago. 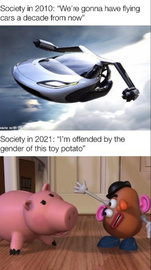 All mere speculation atm. Yes, i'm aware that what was once Sci Fi is now reality. but, Fermi's question of " if they're there, why aren't they here?" holds true. There must be civilasations out there in the infinite cosmos, perhaps a million years more advanced than us. If the theory/Sci Fi of warp drives and more are possible, Why Aren't these aliens here, now, today? 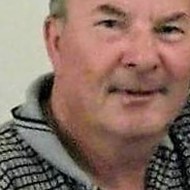 Good question. Perhaps they are. Such as the alleged encounter with Eisenhower after the formation of saucers flew over Wash DC, but let's just take that as heresay. Or we are in galactic quarantine, too hostile or something. As for Fermi's question, its arrogant and obtuse in the sense of developmental importance. Much like is a 5 year old really aware of the bigger world picture, were you aware?

Under Werner Von Braun ~Nazi rocket scientist and NASA director~ proved we could go to Mars. And that was before our computer tech input of today. Consider the technology of going to the moon. The voyage now to Mars is less time than when men went on sailing ships across oceans, and certainly submariners have stayed under the ocean surface longer as well.

There's one tiny problem with that. The limiting speed of light! Warp speed and Star Trek was a Sci-Fi series not based on science.

I know. Was more referring to settling Mars ect. & probes to Alpha Centauri and beyond, dreaming. But thank you for your sincere polite comment

Awhile back I came across the Alcubierre Warp Drive, so who knows...
[phys.org]

and a video
[brighteon.com]

You don't go to the stars if you are worried about safe spaces.

Our social structure has become dominated by the Yin.

I'm sure that people will complain that Yin and Yang are just the oppressive social constructs of the Chinese patriarchy. I'm sure that is true. I really don't care. You could put it another way and it comes out the same. Who controls 70 percent of consumer spending, who came up with the idiocy of prohibition, who is focused on security instead of freedom, who is most likely to buy into idiocy like emotional intelligence and multicuturalism, who thinks people are more important than productivity, who doesn't care about agency and responsibility because every "victim" and problem is an infant, who thinks networking is more important than productivity, who votes for people because of the way they look, who prefers nesting over adventure, who likes drama more than sports, who is more concerned with distribution than production, who would rather look at the stars than go to them. Those old Chinese patriarchs were not idiots. Those that have eyes to see let them see.

Life is about balance but every once in a while people like to throw a monkey wrench in just to see what will happen. The expected outcome should be chaos but somehow we never learn moderation and cooperation.

Earthlings will never "get to the stars" regardless. Inter-stellar travel is impossible.
Travel at "light speed" (which is about 186 thousand miles per second) it would take about 4 years and 3 months to reach our nearest neighboring star Proxima Centauri.

Even if "warp speed" were possible (it isn't) it would take millions of years to reach the andromeda galaxy - our nearest galaxy neighbor.
Andromeda is 4.25 MILLION LIGHT YEARS distant from Earth.

Sure, can't argue with that but it's kind of a figure of speech.

Some people are wondering what is it with the Yin and Yang nonsense?  It's in the pictures of the original post.  Cars and dolls.

Experiments have shown that female toddlers and monkeys if offered dolls or cars they will almost always pick the dolls and the males will pick cars.

We are for the most part unconscious of our instinctual drives.  It's pretty easy to pretend they don't exist.  At the individual level it's fairly hard to see how they play out.  At the group level it's a lot clearer.  In Sweden after decades of gender engineering to push females out of traditional roles they still dominate people jobs such as medicine and males thing jobs such as engineering.  You can apply this to the course of society in a wider scope.

Before there were physical computers there was a job called computer.  It's function was to solve mathematical problems.  It turned out that women were particularly good at this job.  The key being attention to detail and low error rates.  It unironically reflects a biological reality.  Females are less susceptible  to mutational load than males.  That means less instinctual variation.  It's important because females need to be unable to avoid the needs of infants.  They have to be sufficiently neurotic to not abandon an infant to see what is on the other side of the hill.   The instinct to work has to cause pain and be as reliable as possible.  Males on the other hand have the opposite instinct they have to randomly see what is on the other side of the hill.

Genius is the ability to randomly generate errors and sort through them with intelligence.  It defies stability, settledness. The blind clockmaker "designs" for reproductive fidelity.  Every once in a while something breaks, there is mutation and the blind clockmaker has to select what to keep and what to throw away.  As it applies to our topic the concept is reflected in Stephan Wolfram's new kind of science, not explicitly but it's there.

What do little boys like to do?  They like to break things, blow them up.  It's an essential part of progress.  The female instinct like their biology likes security, cessation, non movement, reproductive fidelity, a safe space.

Morality breaks our instincts.  It replaces individual security with group security.  In the civilized state it creates an artificial eusociality.  The individual's fitness is sacrificed for the interest of civilization.  Individuals are no longer infants to be cared for but creatures with agency, freewill, responsibility.  Morality is one of those mutations that has proven it's fitness that broke the reproductive fidelity of instincts.  It drives innovation because we are no longer chained to what our instincts tell us is right.  It makes us take risks we otherwise would not.  We are rewarded for being productive, a concept alien to the blind clockmaker, the blind clock maker just wants to make more clocks like the last one, the safe thing to do.