LINK The crime spree in NYC's subways was "hateful" 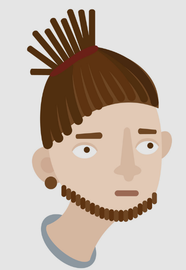 I think about this...and I contrast it against the story about the guy in a Dunkin Donuts dropping the n-bomb and getting punched out, which ultimately killed him. The pundits raced to the employee's defense saying that use of the n-bomb is violence and the employee was merely defending himself.

I mean, marinate on that a moment...the use of a word that's extremely popular in a certain genre of music and entertainment is violence, but slashing random people is protest.

Not for nothing, in order for the country to revert back to the "old normal," it's really only necessary for the 60% or so of the voting demographic that can be swayed in either direction to become terrified of the "new normal." By the looks of things, that's going to happen in 2022.

LOL! "...described the attackers as "two to three men" " LOL!!! gee, I wonder if those attackers might have been 3 White guys and the victims all were either White or Asian...what are the odds.

I thought that was the motivation for all crimes.