Britain refused to negotiate with America unless America first renounced their independence, and America refused. The Peace Conference ended after 3 hours and the Revolutionary War resumed.

Democrats can't handle the concept of independence. If someone dares declare independence, Democrats emotionally melt down. If someone dares have an independent thought, Democrats emotionally melt down. Democrats feel they're entitled to control Republican territory and they cry like babies if they can't. Democrats are exercising "tyranny of the majority". They're using their federal majority to tilt the playing field and pour salt on Republican territory.

Marlow: Andrew Breitbart taught me the left doesn't want compromise. They want to crush you.
[breitbart.com]

After all, power = wealth. The Clinton Foundation was a factory for turning power into wealth.

America is a failed nation, and it has bigly debt. Get out now and leave Democrats holding the debt bag.

Ask your Democrat friends the question: If Republican states secede, what should the federal government do? Should it let them go, or should it act like King George? 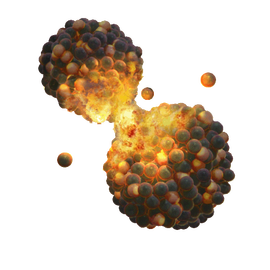 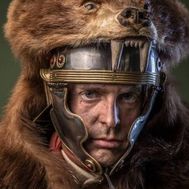 Medieval Feudalism was fought against for hundreds of years and finally eliminated in 1918. What was left in Europe after WWI was the establishment of constitutional republics. The British Commonwealth did remain a constitutional monarchy as did a few other nations. Of course, Russia became the only communist nation and started forming the Union of Soviet Socialist Republics.
One shouldn't mistake what is happening today as Neo-Feudalism. Feudalism is a system of class but is not a fluid class system. It is more a caste system. It is more a form of socialism known as fascism. What is happening today is the formation of a communist society, supposedly classless, but with a powerful ruling elite that is desperately attempting to globally engineer civilization.

One must look where law is crafted as being along the top tier of a hierarchical structure. The elected officials are on the same plane as the central bankers if not slightly above them. The bankers do have the advantage of knowledge in economic, monetary and financial matters so elected officials are somewhat dependent upon central bankers for their economic policy. The general public has almost zero knowledge of banking, high finance or even money itself so they are easily led by the nose. That is the result of a public education that has turned into a public system of indoctrination.

The root of the "deep state" or swamp is the banking system, which was clearly shown in the 2008 banking crisis to have caused the global financial meltdown through market speculation and manipulation.

The ability of a privately held bank (Federal Reserve) to issue the money of a nation is the equivalence of putting a pack of coyotes in charge of collecting the eggs each day from the hen house.

We’ve seen just how difficult it is to dismantle what you’re describing: the deep state, the swamp. That power=wealth entrenchment won’t give up easily. But it’s what is needed. Our traditional means of government may not be strong enough to dislodge this.

The Founding Fathers put DC in a swamp to make it undesirable to be there. Then politicians drained the swamp and built a comfortable bourgeois city. We need the swamp back. Flood the swamp! Flood it until politicians flee DC like refugees. Mosquitos laugh at the Capitol Wall.

Once upon a time, the Roman city of Pompeii exploded in a volcanic eruption.

San Francisco is way overdue for a bigly Earthquake that will sink the city into the sea.