Nothing I say here is in the least bit intended to be critical of which ever MGTOW Creator I eventually link this post to – nothing but respect!

I for one, would rather that #MGTOW (Men Going Their Own Way) philosophy for Men not be allowed or encouraged to become or represent a safe haven for INCEL’s or losers in any way. Yet that’s what it more & more appears to be becoming. Please let me explain before lighting thew fire burning me at the stake.

MGTOW Gentlemen shouldn’t even be interested in dating or relationship advice, but that seems to be a common theme for MGTOW videos – at least for some of them it is.

Maybe I’ll link to that old Fleetwood Mac song with the excellent lyric that goes something like: Women come & they will go. Because that is the truth. Only when they get older do they look around and realize they’re going live & die alone with the possible exception cats, dogs or some other animal. It really doesn’t matter how much money they’ve accumulated (usually from long since dead husbands) do they rectify their their valuation of men – usually very much downward. I could joke about it by saying that they genuinely miss having someone to argue with & complain about in their loneliness. (By the way, don’t use that word around women – they take it as flirting with them unfortunately) We’re going to have to create a lexicon of words that women interpret as sexual inferences – because there’s a lot more of them?

What I hear missing is encouraged self esteem – the result of self validation absent female anything, or am I wrong? And gentlemen, face it, if you need female validation of your worth -YOU’RE OFFICIALLY NEEDY.

Women, are incidental, to your life not primary. Every woman wants to be the GYPSY in your DREAMS – it’s that simple.

The only problem I have with most MGTOW proponents is that they are letting women reside rent-free in their heads.

The whole point to MGTOW is that men recognize that the current social, political, and legal climate puts them in a position of disadvantage when it comes to relationships, marriage, children, and family legal rights, and have thus chosen to eschew marriage and children. Period. Once you've made that call, that's it; there shouldn't be any looking back. Certainly you might participate in activism to change the system or promote men's rights, but women themselves should be the least of your concerns.

Yet I've abandoned at least two MGTOW channels because their hosts continued to harp on women this, women that, which frankly is cringeworthy. MGTOW is not, nor should it be, about misogyny. Agreed? It is perfectly rational to say, I'm not going to participate in this so long as the deck is stacked against me, and until such time as feminists come to their senses and recognize this, I'm going to go do my own thing. You called down the thunder, ladies? This the result. You let me know when you've had a long think about whether this is really what you want.

But when every MGTOW podcast is about how horrible women are, and look at this story of this woman - what a bitch; isn't she a bitch, fellas? - then I have to wonder whether you're MGTOW or are you just sour grapes? To me, it's the same as feminists who are misandrists and those who say, "we NEED good men as part of our lives." The former are simply man-haters while the latter are women who basically want the same things as MGTOW claims it wants, but aren't willing to be doormats either. The former can take a long walk off a short pier, but the latter, we can work with. The same goes for misogynist MGTOW men; what woman would even want you at this point, if this is going to be your attitude? So you too need to have a long think about whether this is really what you want.

Yet, I'm also reminded that people do whatever they need to do to get clicks. So it's hard to say what anyone really believes anymore.

FM were my very best/fav band until they sacked Lindsay Buckingham. The replacement just doesn't do it for me. So as far as I'm concerned, Fleetwood who? 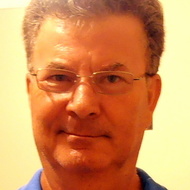