A soccer referee faces the challenge of judging fouls. Soccer quantifies the magnitude of fouls.

We need a quantification of political fouls.

By any quantification, Biden's raid of Trump's house is a red card foul. Nuclear escalation.
The raid was of everything in Trump's house, including Melania's wardrobe. The raid was conducted
by 30 FBI thugs for 9 hours, and Trump representatives were ejected. The FBI demanded that Trump
turn off security cameras.

It has been proved that the FBI spied on Trump in 2016, and that Obama ordered it, and that the warrants
to justify the spying were intentionally faked by Obama agents.

The judge that issued the warrant, Bruce Reinhart, protected Epstein and Epstein's staff. He donates
to Democrats. There's no question that the FBI deep state owns Reinhart.

Democrats took Congressman Scott Perry's phone by force. It is proven that the FBI has the power to raid the personal posessions of any American. Even a congressman. Even a former president and chief of the opposition political party.

The true villain is Democrat voters, who knuckleheadedly feel that a raid on a former president's house
is a good thing. These knuckleheads are cheering the raid on. Democrat voters have become like Lord of the Flies. They are in cognitive decline. Moral decline.

Democrat voters are so stupid that they're saying that the raid is justified because a Judge ordered it. They're arrogant and belligerent in stating this, and they bully anyone who disagrees.

The raid is the shot heard around the world. This is Civil War 2. It's not a cold war anymore. It's a hot war. 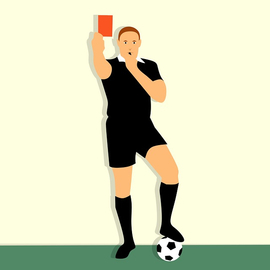