1/ Germany’s economy is now being run by Robert Habeck, a man who studied literature in college, has never run a business, and is best known (aside from being a Green party politician) as an author of children’s books.

2/ This is the person who is responsible for shepherding Germany through the worst economic crisis it’s faced since the 1970s. And he’s crumbling visibly under the pressure. How did this happen?

3/ To understand, you must understand an important feature of Germany’s political system, which it shares with some (but not all) parliamentary democracies: Cabinet ministers are appointed to their posts without regard to whether they actually have any experience or…

5/ Together, that adds up to 48% of the vote, which under Germany’s complex and bloated parliamentary allocation system, is enough to form a majority government. Barely.

6/ After the election, the three parties – which may have very different ideologies – spend weeks or months hashing out a complex bargain called the “Coalition Agreement.”

8/ Now comes the exciting part: Which specific people occupy these posts? This is also subject to haggling. If Party C nominates someone who’s said something controversial or been involved in a scandal, Parties A and B will object, and vice versa.

9/ But generally, the parties allow each other to nominate their preferred candidates. And what the parties do is give the cabinet positions to people they consider deserving. Why are they deserving?

10/ Well, maybe because they’re telegenic and seem convincing on Germany’s many different political talk shows. Or maybe they built up the party organization in some hostile backwater.

12/ The thing to remember is that they are almost never selected based on competence alone. If they happen to know something about advanced weapons systems, or hospital management, or forestry, that may put a tiny thumb on the scale. But usually not.

13/ These seats are given out as rewards for popularity and rhetorical gifts, not knowledge of the subject matter. Most German politicians are career politicians: They’ve worked their way up through the party ranks, giving and receiving favors.

14/ Their primary expertise is in giving speeches which put forward the party’s views on various issues. Most have never run a business, designed a product, healed a patient, repaired an electricity pylon, driven a bus, or done anything else practical.

15/ They carve out a name for themselves in political debates on talk shows. Now, this is not necessarily a recipe for disaster, for a simple reason: German cabinet ministers don’t actually run affairs in the post they were given.

16/ That is left to Germany’s permanent class of civil servants, who take care of practical affairs.

17/ These people have names like “state secretary” and “parliamentary liaison officer” and “assistant for policy coordination”, etc. German journalists don’t understand what these titles mean and have no interest in the people who do these jobs, so Germans, in general, have no…

18/ …idea how important these functionaries are. But they are important. If you’re thinking this is all very “Yes Minister,” you’re 100% right. But the thing to remember is that the UK has gotten a bit better at actually naming people with genuine expertise to Cabinet posts.

20/ He or she won’t fire them, because that’s impossible. German civil-service posts are more secure than geological formations. But he or she might reassign the existing helpmeets, and install his or her own.

21/ Drawn, of course, from the pool of loyal political underlings, not people who have actually accomplished something in the world.

22/ So that is why Robert Habeck is Germany’s Vice-Chancellor and economy minister, despite the fact that he’s never run a company and seems unfamiliar with basic aspects of business management, such as the fact that businesses which are forced to stop selling products for…

23/ …months on end and become unable to pay their creditors must declare insolvency. He’s handsome, smooth, articulate, and can score points effectively in political debates.

24/ But he seems pathetically lost in this crisis, because he has no grasp of the actual policy area – the economy – that he is now responsible for. He got a Ph.D. in literature and wrote kids’ books. What more can you expect from him?

Writer translator editor US lawyer living in Düsseldorf, the only habitable city on the Rhine. Words for FAZ, BZ, Übermedien, others. Victory over Horses**t!

Doomberg writes: "In executing Antilogic™ to perfection, the German Greens will showcase to the rest of the world just how terrible things can become under politicized, misinformed energy policy. There will be no denying what caused the coming crisis and who holds responsibility for it. As green shoots of logic emerge, we hope to see them bloom into healthy forests of sanity, encouraging even the most progressive leaders to reckon with the inevitable result of Germany’s experiment on its populace."

Green Shoots of Logic via Doomberg

“Rarely is the question asked, is our children learning?” – George W. Bush

It has been a tumultuous few weeks in the energy sector. As the war in Ukraine drags on and winter approaches, the market for electricity in Europe experienced a historic blowoff top, triggering a series of panicked moves across European capitals. After peaking at nearly €1,000/MWh, German year-ahead electricity prices closed the week at €510/MWh, which is still 40% higher than prices were at the beginning of August and a full ten times their pre-crisis average. If this is the new normal, the new normal won’t be very pleasant. 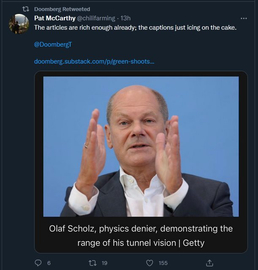 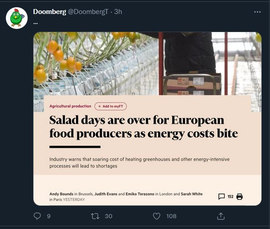 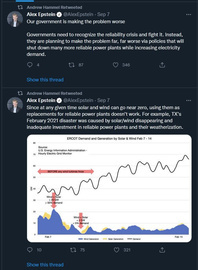 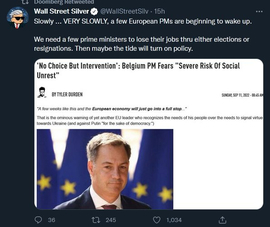 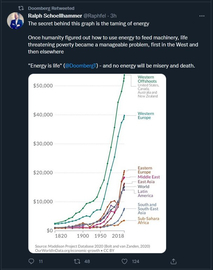 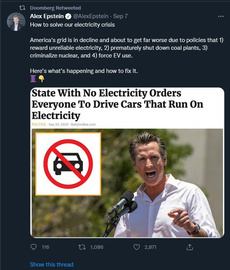 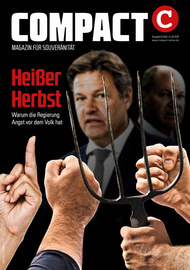 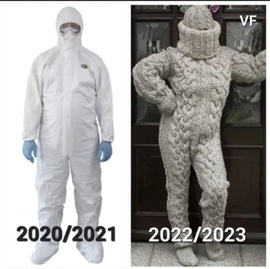 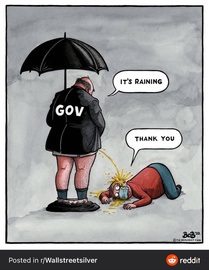