Dr. Jordan B. Peterson and Premier Danielle Smith discuss the election front in Alberta, the danger of intermittent power as winter arrives, the true utility of oil, and why the press needs to hold themselves to a higher standard once again.

Danielle Smith is a Canadian columnist, talk radio personality, talk show host, and politician, originally from Calgary. There she attended the University of Calgary, earning her bachelor's degree in English and economics. At this time, Smith became active in federal and provincial conservatism, and became the president of the campus PC Club. She also ran successfully for the board of trustees, and held the position for a year. After college, Smith became a columnist for the Calgary Herald. She would go on to succeed Charles Adler as host of the national current affair talk show, Global Sunday, as well as hosting two radio shows focused on health policy and property rights. In 2008, Smith left the PC party to much scrutiny, and joined the Wildrose Alliance. In the course of a year, across multiple elections, she had seen the party support base quadruple. In 2014, Smith once again joined the Provincial Conservative party, citing new leadership had been able to find common ground, with specific attention on economic standpoints. Due to this controversy, she was unable to win her next election, and opted instead to host the radio talk show CHQR, which she would later leave, along with Twitter, in response to egregious internet trolling. In May 2022, it was announced Smith would run for leadership of the United Conservative Party of Alberta, after the resignation of Jason Kenney. On October 6th, with 53 percent of the vote, she was sworn in as Premier. 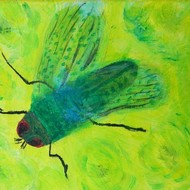 Posted by Sensrhim4hizvewz Changing Our Culture Back...One Family at a Time

Posted by Sensrhim4hizvewz This is the Culture We Must Return To

Posted by Lt-JWFresh from the cesspit 💩

Posted by Pobbo"Three aspiring rappers who met in prison" Some jokes and patriot realist commentary write themselves requiring but marginal addition by a non-indoctrinated freedom-loving law-abiding citizen.

Posted by JohnHoukThe ILLUSION of Granite Enslavement or Elimination Depending on Usefulness SUMMARY: Tyranny in America is a concept that was an inconceivable notion for me to grasp.