On Tucker vs ADL

Why doesn’t Tucker mention how Jewish mass immigration led to the Nakba pogroms and the Great Replacement of Palestinians in Palestine?

Jewish Power is now planning to turn whites into the New Palestinians in white nations. But even as Jews do everything to reduce whites into minorities in their own nations, whites are always sucking up to Jews, 85% of whom voted for Biden and who use their media monopoly to smear nationalists and patriots. Trump and Trumptards are always into ‘Muh Israel’. Idiots will lose and deserve to.

Tucker mentions how Israel is right to defend its borders and demography, but he doesn’t mention that it was the Palestinians who were erased and replaced in Palestine by mass Jewish immigration-invasion. He should point out that Jews are targeting whites like they once targeted Palestinians.

WE ARE ALL PALESTINIANS.

I have been called a Trumpanzee before but never a Trumptard. Sounds like hate speech against special needs people, shame on you. If you meant it as Trump dotard then it is just a North Korean quantum entanglement, which Trump was right and again shame on you.

You seem to be indoctrinated with your diatribe. Whether by choice or unknowingly, I can not say.

One should read Mark Twain's 'A Pleasure Excursion in the Holy Land'. You would do well to consider his quote: 'If you don't read the newspaper, you are uninformed. If you do, you are misinformed."

One should consider watching the television show "Fauda" its in English, Arabic & Hebrew all with subtitles translations. And perhaps 'Arab Labor' if you can find it.

One should consider the 'Nakba' of the removal of the Moors from Spain.

One should consider that the previous generations of Arabs in the Judgement, will condemn the current one for calling themselves Palestinians, a far cry from the 'Philistia' of Roman Empire days.

One should consider why the 2 provinces of the West Bank are known as Judea & Samaria.

One should question why when the Al-Asqa Mosque was in Byzantine Empire control it was not maintained as it is today under Israeli 'occupation'.

One should understand the use of one's words. Pogrom is a Russian word. It means devastation, and is used in context as an organized massacre of or an attack on the Jews, as in Czarist Russia; against usually small indefensive shtetls ~ farming villages.

One should consider the Hebron Massacre of 1929, the Alfred Dreyfus court martial, the Balfour Declaration, the lynching of Leo Frank in Atlanta, Georgia USA 1915 and many other things that propelled and forced the Zionist to arise.

From the horses mouth.... 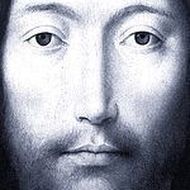 If it's antisemitic to point out who is responsible for changes to our laws and policies around mass immigration, then perhaps someone can point out the history of mass immigration from non European countries and who is behind it?

On one hand the ADL preaches open borders, no-ID voting, and mass immigration and cancels anyone who oppose them, like they did to Tucker. The problem is, the ADL also preaches that Israel is right to exclude Palestinians because of their population threat to Jewish hegemony and culture (go to the ADL site and see for yourself).

Is it antisemitic to point out this incredulous hypocrisy???

Israel is not, and can not be a Representative Republic. As a sovereign nation constantly surrounded by threat of war, it is a military nation, which makes sense. As such it has every right to exclude anyone it chooses as a matter of national security.

Furthermore Israel is functionally the front line against the Islamist threat to destroy the US. So it is in our best interests to back up whatever policy they adopt in that service.

“Palestine” has for a very ling time maintained its intention to destroy Israel, along with Iran, the KSA, Iraq and Syria, which is aggression against a sovereign nation. Only brainwashed idealists can’t get that.

An anti-semite charging someone with racism is actually just a bad joke.

Did you follow the Carlson vs ADL saga? No you didn't.

It is NOT antisemitic to point out Israel/Jewish hypocrisy!!

@BubbaLouie, You are mistaken, and I do not give you permission to speak for me.

"Antisemitism is a sign that society has replaced truth with lies."

What are you talking about?

Did you even watch the Tucker Carlson episode responding to the ADL?

The Rothschilds secured the rights to Israel in 1917 from the UK. You know this. Mass immigration programs by the Jewish diaspora has continued into Israel unabated.

Have you watched the documentary called 'OCCUPATION 101'?

@BubbaLouie Right. Also, "Islam is a religion of peace."

Posted by GORGTake America back from the parasites in Washington D. C .

Posted by RemiDallairegrin I'm so diverse

Posted by GORGThe reinstating of mask mandates has not gone over too well with the folks in St.

Posted by WeltansichtComrade Mayor William De Blasio wants you vaxxed. He even offered Shake Shack 'cheese' for the trap.

Posted by GeeMacThe Wages of Hatred… Noah Lyles is an Olympic hero, and may be the world’s fastest man; but the elite athlete has a history of depression and believes America is “trying to kill” him.

Posted by GeeMacAmerica is flooded with migrants from Central America, Africa, Middle East, and Asia.

Posted by GeeMacThe hard left profoundly hate the name “British Columbia”, based on both the British Empire (evil), and Christopher Columbus, the explorer who helped usher in the modern era, but has been ...

Posted by RemiDallaireUseful meme for argument

Posted by andaleyutroThree strikes and you're out.

Posted by EdgeworkTales from the 2nd Amendment