In case you though supply chain problems and blackouts are a "mistake" or "incompetence".. . Think again.

In Germany, Operation Sunrise is being prepared in which the Bundeswehr will deploy some 40 000 soldiers to keep pandemic management under control. Eva Herman and Andreas Popp provided interesting information on this topic in a podcast on November 22, 2021 on their Telegram channel.

They learned from whistleblowers that the German federal government has been planning an escalation scenario for the beginning of 2022 with the aim of provoking chaotic conditions in the country. Above all, this means escalating threats against the unvaccinated, and blaming them for the “dramatic” situation.

This fear campaign provides for the suspension of supply chains, blackouts of more than a week or other worst-case scenarios. The reconstruction could take years, says Popp, who assumes that during this time we will to a certain extent “fall back to a pre-industrial standard of living”. Other scenarios could include wars and hyperinflation.

In phase 1 of Operation Sunrise, basic care for the unvaccinated will still be maintained, according to Popp, with visits to the supermarket, pharmacy and so on, still permitted. The decision-makers are well aware of the potential for escalation that their strategy entails. Therefore, the media propaganda will be coordinated accordingly. By December 9 at the latest, however, “more draconian measures” will take effect, and an armada of lawyers has already been tasked with justifying this legally.

Popp suspects that the population will be intimidated by uniforms in order to ensure the implementation of Operation Sunrise. Soon all legal data protection and technology hurdles will be removed to target vaccine critics.

“That is what people will face in the next three months,” said Popp. The Federal Ministry of Health hopes that scare tactics and Operation Sunrise could induce another two to four million people to “voluntarily” submit to the jabs.

To achieve this, the unvaccinated will be framed as the guilty party.

The Bundeswehr will have extensive decision-making power with a “central decision-making body that is above all ministries and departments to direct ‘rescue logistics organization’ at short notice,” said Popp.

On December 2, the “legal review of administrative assistance by the Bundeswehr” was completed and finally approved by the Federal Constitutional Court. This means that the Bundeswehr can now officially be deployed “extensively inside” the country. “Probably to protect the government from the people,” Popp added.

Although this is officially limited to the “pandemic situation”, at least “three years have been approved”. It is explicitly stated that “high investments and sums” are made available so that the booster operation can be “stable and permanent”.

Officially, it is said that the aim is to relieve the pressure on family doctors, since a “permanent vaccination up to three times a year” is being planned and there us talk of 180 million vaccinations per year. More than 28 000 soldiers plus civilian employees are to be deployed for these “booster shots”.

The proof that all of this was planned before the virus emerged is shown, among other things, by the fact that the soldiers will wear new uniforms as part of this action. This has already been developed and has a “population-compatible design”, explained Popp. The plans for this were drawn up by the management and strategy consultancy McKinsey in 2018 and 2019.

Particularly perfidious is that special vehicles and mascots were created for child vaccination and “absolutely neutral clothing” was ordered for the staff concerned.

A "Gestapo" works much, much better! The military may be needed to fight a Rothschild "Build Back Better" war against Russia. Why not China? Why Russia?

Russia sits on 6.6 million sq miles of the world's resources that the "New World Order" wants to own for themselves. They are willing to destroy western civilization to get it

NATO has no real military to speak of compared to Russia, USA and China. NATO was always dependent on the US military for support and acted as support to the US military operations. That was the deal. After WWII ended US and Soviet Union were the only two superpowers left. And Europe was afraid of Communist invasion so they made a deal with the other side. With US.

Basically the unofficial deal was, that US will provide military protection for the Europe under NATO flag, primerally against Communists Russia, and US would also protect the ocean trade, since having and maintaining blue water navy is one of the most expensive and powerful things you can have.

That way US was not threatened by the new Europe military and they would get in exchange market for its products, because Europe and Japan instead of investing in military, after being destroyed in the WWII, invested instead in infrastructure and industry. And that is why they rose as industrial and not military powers and that worked for the US because US had markets where it can export its products.

All that changed by the 1970s and 1980's when China opened up and ever since than biggest US export is US dollar and China's biggest export is cheap goods in exchange for the US dollar that the FED prints out of thin air.

Sweet deal for bankers and terribly for the long term prospects of the nation.

After the fall of Soviet Union, Germany in particular was afraid of expanding Russia so they used various former soviet union countries in the eastern Europe as buffer zone against Russia. The countries had bad economy but they were accepted into EU faster than for example Croatia because it was Germany0s was of creating buffer zone against Russia.

Now with declining US military and world dominance, EU wants to turn NATO into replacement military. But it is doubtful will EU survive for long , much less build a strong NATO military. For now they are at war with EU people and war with Russia and whole Ukraine business is mostly distraction from domestic problems.

Russia if forced to enter into war would likely run over Europe fast, and the only protection is declining US military, but if at the same time CCP invades Taiwain, US military probably can't win one of those wars, much less two at the same time.

Russia does not like CCP because they can't be trusted, but Russia is blamed by the EU and USA on everything so they can't align with EU either. They are in effect forced to fight China and potentially India as allies against US and EU gone mad. France and UK are trying to find their former glory in all this, but failing in almost every way because of incompetent leadership. Basically a world is a giant mess, balancing on edge of a knife.

Who the F--k are these 40,000 "troops" that have agreed to participate in this tyranny??? Just how the actual f--k do you get 40,000 fellow citizens working for their own military to dress as the population while armed and mobilized against their own people??? Has humanity been dumbed down that severely???

I think its dangers to think of military as for the people. Some individuals are patriots and free thinkers for sure, but most are trained to follow orders and not question it and many are happy to be sadistic about oppression. We have seen this in communist and nazi regimes. When Nazi soldiers were orders to exterminate men, women and children by shooting them at close range and into shallow graves, tens of thousands of them.... they followed the orders. Police and military are primerally there to protect the goverment, not the people. There will always be exceptions, but it would be naive to think of military and police as friends of the civilians. They have a job and job it protect the goverment. This has been exaturated by using volunteers , mercenaries and educating people trough universaty system where they are purging people who don't follow the narrative. Not to mention that in the last year we have seen massive purge in military around the world with mandated jabs. So less and less the good guys are in the goverment agencies, and the only question is where are the guys that left the service? Where and how will they fight when the time comes.

It's in their lineage. Rise of the fourth Reich. These countries are using a plandemic to make their people suffer. Sadomasochism on a grand scale. Nero playing a lute while the city burns. The world is on fire and instead of putting it out, they are fanning the flames and throwing gas on the fire. My they get burned by their own hands 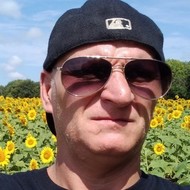