Ramz said it best one time the enemy is purposely vague in what they say so they can get away with anything with these mic drop moments. An example is right here.

" Notice that no one ever bothers describing these terms. The closest you get with systemic racism is “discrimination against black Americans is embedded in the political, economic and social structure of the country.” The implication here is that we have secret rules and laws that prevent blacks from doing something. They have to be secret, as we have spent three generations now erasing every rule, regulation and law that allows for any personal preference among white people.

The way around the absolute lack of evidence in support of discrimination is to treat it as a miasma that permeates white society like a fog. You see, you don’t even know you are an evil bigot because you are immersed in a racist system. It is a primitive form of communal salvation. Instead of blaming the drought on unidentified sinners in the village, the complete backwardness of black people is the fault of evil spirits that animate the institutions of modern society."

As @Ramzpaul once said the invisible backpack.

As a question to everyone here has it ever been explained to you what it is?? Seems so insane. One more things from this same blog.

"This primitiveness turns up all over the new religion. High paid activists on cable chat shows preach about the need for Americans, especially the white people who make the country possible, to repudiate their history of structural racism. That’s usually done in the context of the statue toppling or the desecration of cemeteries. Apparently, the twin monsters of systemic racism and historic injustice really hate it when a collection of brown savages topple over a statue on YouTube.

Let’s take these claims at face value. Let’s assume the way forward is for white people to have a group struggle session in which every bit of the past is repudiated. What happens after that is over? What is supposed to happen at that point? Will the clouds part and a new era of peace and harmony descend upon us from the heavens? Will all of the stuff that makes modern life possible stop working? After all, if you are repudiating the past, it must mean abandoning the works of the past, right?

Of course, no one knows and there is no point in speculating about these things, other than for entertainment purposes."

@Robert100, you reminded me of another example of Wokist vagueness that the Z-Man brought up - the unspecified price tag of 'reparations':

Inevitably, the radicals representing the coalition of the ascendant cannot put a number on it and they cannot agree that there is a number. That’s because they are talking about tribute, rather than reparations.

About browngeld to be paid forever.

When I was antiwhite a long time ago, I was too immersed in hatred to even think about limits. About the day after the Bad White Man paid us brown people. There was only the rage of the present. A final settlement would end that rage. End the fun of my tantrum. The outrage is the point. A feeling, not the more complex abstraction of justice.

Similarly, BLM protesters enjoy the feeling of standing up to the Man. They're not really interested in police reform. Ask a protester what they want and you'd probably get something like "just stop killing black people". Not any specific proposals on preventing police brutality or overreach which would benefit people of all races. A sober discussion of police excesses is boring. Holding up a sign in public - or changing your avatar to a black square at home - is exciting.

People have regressed to creatures that live for the moment without any regard for the world their descendants will live in. Or that they themselves will live in just months or even weeks for now. Lockdown is fun until the reality of mass unemployment sinks in. 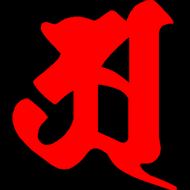 The Z-Man understands the new religion of Wokism better than the Wokists themselves. He observes, analyzes, and describes. They just feel.

Precision is not for the people that the Z-Man called "The Primitives". They just imagine a vague white fog and call it eeeevil.

And they use technology - e.g., "cable chat shows" - to spread their savage mindset. White Man Bad! All while patting themselves on the back for loving the Science.

What happens after that is over?

They never ask that question because they don't care. Their minds are limited to the present. To feeling good now.

@AMRX Even the term White supremacy is so vague, it needs no explanation. When Antifa attacks regular Trump Supporters, or Patriot Prayer people, or Ann Coulter CNN calls this just attacking White supremacy in a way to justify every single thing they do.
[cnn.com]