Was wondering what you guys think about eugenics? I’ve heard some people talk about this subject, but not sure what most people on our side of the isle think about it. In general, I think it’s a good idea to promote better genetic promulgation in ethical ways of course. Obviously not in a genocidal or “social darwinist” kind of way. I’ve always had this idea of the state potentially issuing “self-evaluation guidelines” for determining one’s own fitness to have children. I have actually applied this kind of evaluation to myself, which is why I have decided to be a lifelong celibate and abstain from marriage and sex indefinitely. I won’t be promulgating my genes. I understand that this clashes with the views of most nationalists who think we need to increase our birthrates.

My thoughts are that some people think it’s a dirty word associated with the likes of Hitler and that general time period. In reality, I think it is a natural occurrence, but my observations are mainly anecdotal. I know a bunch of very outspoken who lean very left but they either don’t have kids or will never have kids. They can’t really continue the cycle from that perspective.

I don’t think the government should decide what gets passed or not.

But there’s a good chunk of the population that breeds a lot and really shouldn’t. What would happen if the government offered them like 50k to get sterilized ? 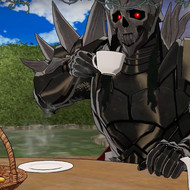 We have a few enshrined eugenic principles in most Western countries. Incest in general is a crime and first cousin marriages are not sanctioned. At one time blood test were part of applying for a marriage license, although that was to stop venereal disease, and warn parents about rh factor complications in babies.

With DNA testing readily available I would think people wanting to have children would take advantage of it. The question of the government's role is difficult to say. Personally I wouldn't go beyond making the tests free.

Eugenics isn't really the question, the question is how dysgenics effect society. With the industrial revolution and increased sanitation and nutrition natural selection has been greatly decreased. We know from the mouse utopia experiments that this can have dramatic genetic consequences. What most people don't realize is that since the wealthy have been free of selection pressures for the longest period they would be the group most effected by any dysgenic effect. The poor and minorities perhaps the least. Low birthrates amongst the successful may at least in part to what is called spiteful mutants in experiments. The spread of mental pathogens or bad ideas could be partially genetic in origin.

There is of course the prospect that as AI really kicks in larger portions of the population will be "nonessential". The very people that seem unable or unwilling to develop healthy hobbies are those most likely to become unemployable. The IQ divide We are already seeing may become a source of considerable social unrest. The answer is not eugenics but greater class integration. The gated community and wealthy suburb is socially dystopian. People that live and work together make for a happy society. Service industries may be the answer I don't really know.

Eugenics always requires unethical methods, and is by nature genocidal and social Darwinist. "Our side of the isle" disdains any state interference in our personal choices, especially when applied to our relationships and reproduction.

But I'm glad to hear you won't be pissing in the gene pool... Bye. 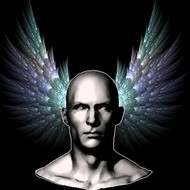 Eugenics is moral nitroglycerin. For starters, who gets to decide what traits are desirable in a human being? 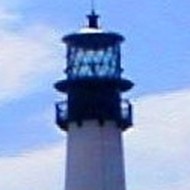