The left has completely taken over Wikipedia.

So one current narrative is that the concept of Cultural Marxism is merely a conspiracy theory. The far left and academia and concomitant media have all embraced this idea in lockstep.

Therefore the Guardian, for example, will write articles referring to it as “the Conspiracy Theory of cultural Marxism.” Its wiki article also reflects this.

Wiki has long been unreliable on any subject “in on which” the Left weighs. (see what I did there?) The original idea of Wikipedia was a good one. and it seems to work well--just as long as Marxism isn’t a thing.

They all pile on Wiki as though they can change the truth--even in a free county. And… I’m not sure they’re wrong. They seem to have a strangle hold on the “official” truth. If President Trump thinks he can reverse this trend, I’m not sure he understands its scope.

By the time McCarthy did his HUAC hearings, it was pretty much too late. There were already Marxists in all levels of government, media, and academia, so McCarthy was unsuccessful. It has only gotten much worse since then.

We all feel like we’re spitting in the ocean going up against something so big it has no beginning or end. An ACTUAL conspiracy

--except, there can’t be a conspiracy without conspirators--

when the members of a movement could pass a REAL lie detector test claiming they are not members of such a conspiracy, then what are normal people to do?

And given this idea--the idea of emergent behavior--that a movement can have motivations of its own, how much am I, you, indeed EVERYONE WE KNOW, a part of that movement. How many Marxist tenets have EVEN WE accepted without realizing it? How much collectivism do we accept? How often do any of us say or think: “Well… THIS kind of [collectivism concept] is okay, but these other types…” And YES, I’m even talking about YOU, Denizens of Slug. US.

This is a far reaching problem that is now over 100 years old in this country. Short of rounding up all the Marxists everywhere, I can’t see how to actually stop it. And once you’ve done that, you’ve become what you despise.

The people who fall for it are not really your enemy, anyway; it’s the idea that worms its way into people’s minds, brains, hearts, souls even.

Could Satan have come up with anything better? Something that HATES you--hates all of us--hates everything and everyone we love--and also demands and craves our love?

This idea acts as His body in the world--his arms and legs--his heart, His mind, his desires. There is no stopping it because it lives in all of us--even those of us who say we oppose it--who truly BELIEVE we oppose it.

If Satan is real, than Marxism is His crowning achievement. If, Satan is NOT real, then

Insightful, Curvy. The concept of creeping Marxism as emergent behavior is fascinating! 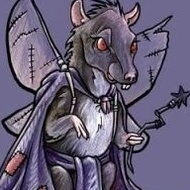