This supports the paradigm at hand repeated for your convenience as follows:

#0 Digital Separation en route to political and physical Separation - what we are doing now on Slug and other platforms.

#1 Separation - the campaign for which starts November 4th

#2 A reworked global alliance for peace and defense; stated simply: kick our former countrymen out of NATO and add Russia. Preferably with a bridge across the Bering Strait. I call it the Northern Alliance, but could be called a Polar Alliance considering Australia and New Zealand (Antarctica?)

#3 Hard controls on technologies that threaten to rival or replace humanity as we know it: AI, Robotics, Transhumanism.

#4 The colonization of space, which is the continuation of the Indo-European Expansion that started Circa 6,000 years ago and which America was a manifestation of until it was overrun by the Rising Tide of Color.

As I write I am watching live the test flight of Test Version 5 (SN5, or serial number 5) of SpaceX's "Starship" formerly called BFR. (Picture below) They wanted to do this Sunday but didn't want to takeaway from the glory of the return of Crew Capsule: that's how fast they are going. Next is SN8 and suborbital flight, in a couple of months.

We could also expand the human population in the solar system to a quadrillion people (easily), so in a sense we are in a position analogous to that of our Indo-European ancestors at the start of the Expansion. What kind of Universe is it to be? Is it to be a realm of holy Arta and Logos? Or the Beast System? (AI, robotics, transhumanism)

The next decade will determine the fate of the galaxy and perhaps the universe. It is the greatest adventure any man can ask for. Though it is a war, it is a war of the Spirit. 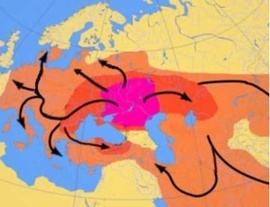 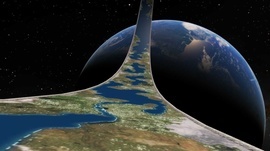 Sorry. There isn't enough time left to accomplish this before we have overwhelmed the world's ability to support our population. We have at the most about 50 years.