Does satan have a chance of winning?

I was watching Star Trek TNG, the episode where Jordi creates a worthy rival for Data in the holodeck. He does this because Data is easily solving all of the Sherlock Holmes mysteries in the holodeck due to his robot brain, and a victory where there is no chance of defeat is not satisfying.

Perhaps satan can defeat god by corrupting god’s creation: man. So is it possible for mankind to be completely and permanently corrupted, this resulting in a defeat for god and a victory for satan? 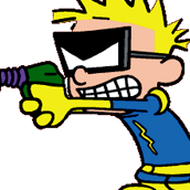 The Bible makes more sense if you read it from the perspective that God represents creation and the natural order of things and Satan represents destruction and the perversion of that order. God and Satan both represent causality based on our own decisions.

Sodom became corrupted and sexually degenerate to the extreme, and they were destroyed by "God" with fire. Their destruction is merely symbolic. It came about as a consequence of their own corruption.

Even later in the New Testament, Jesus declares the jews to be of a wicked and sinful generation that would be destroyed for rejecting God. They didn't need God to personally intervene and destroy them when their own short sighted wickedness and greed caused the Romans to raze Jerusalem.

There are some useful lessons in the Bible. They generally boil down to uphold the natural order and you will be blessed, reject it and you will be destroyed. The jews rejected the natural order on every occasion and took Satan's offer of material riches rather than God's and so they have become despised as a wellspring of perversion and corruption.

If you are a believer, you could say the jews were cursed by their status as the bearers of God's message. Rather than being paragons of God's virtue they became, and continue to be, monuments of everything you shouldn't do. The synagogue of Satan works endlessly to corrupt and pervert the natural order.

Yes, Satan wins when there is nothing left, when all are slaves and society is destroyed. God wins whenever strong families and communities thrive and live according to the natural order. 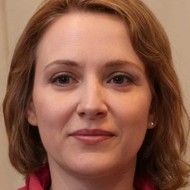