Trump emerges from the hospital feeling better than ever. Tells Americans not to live in fear of COVID.

HASN'T PRESIDENT TRUMP JUST MADE HIMSELF A GUINEA PIG BY TRYING SOMETHING NEW IN THE HOSPITAL?! Remember, he wasn't frightened to take Hydroxycloroquine, so I believe that he's taken the latest Covid medication mix as an aid toward finding a cure!!
Just know this, he's a Gemini, who fights for the common good, and for All Mankind, and is not afraid!
Melania is a Taurus, that complements him well, as does all Geminis and Taurus married couples do. 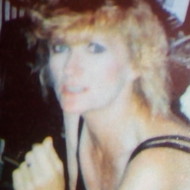 Joe Biden would have died! 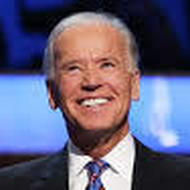 I read a comment a lady made, wish I'd thought of it first, and she said, she believed the Democrats had the Republican's swabs infected with Coivid, as Pelosi had said, she had one more trick up her sleeve, and that could very well be true, because doesn't it seem strange that all these Republicans are now coming down with it, but not one Democrat!!! I wish you well.

@WisdomWarrior9 it's SO OBVIOUS that the republicans are being POISONED by the sicko libs as why are they all catching it and the LIBS not catching it?

This is bigger than OBAMAGATE

200K dead and counting, no need to worry? 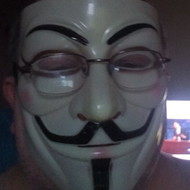 And I hope you're blaming CHINA for that as we are here in Australia. I wish you well. 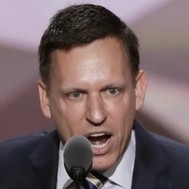 Also let's not start being irresponsible so quickly.

interesting on a number of levels - so does DJ and Melania have COVID-19 or not - was he symptomatic when he entered the hospital or not?
In the past when I had the flu I remenber being puny/weak first day - better next day - almost died 4 days later with extremely high fever...there was that weird 2nd day when I thought I was ok...then I wasn't. Go figure.
Could Trump be having one of those interim "I feel great" moments while in fact he's sicker than he thinks he is?

So all the Hu Haw over Trump being very seriously ill was never officially verified? It was speculation and wishful thinking on the part of Trumps enemies?

They both tested positive... if they were infected depends on the accuracy of the tests.
You and I will never know how sick he actually was.

When has anything spewing forth from the lunatic left been vetted and verified, especially the MSM?

Seems like the Left is lying again about the President. What a surprise. (Not)

Didn't you make a mask-mocking video a few weeks ago, where you insulted overweight people and told them to "put down the fork"? Perhaps you should devote a video to telling the president to put down the fast-food cheeseburgers and soda cans - after all, he's clinically obese, and that is definitely a risk factor when getting the virus. Driving around in that golf cart doesn't count as exercise.

I don't know where you are getting the "better than ever" narrative. He is released from the hospital, but we haven't been given a date on his last negative test (telling us how long he's been infected and if he is still contagious) or whether he is 100% recovered or confined to the WH or anything.

Isn't it nice, though, that a man who barely pays taxes was able to get the best medical attention America has to offer, all on the taxpayer's dime? And then he gets to put his Secret Service in direct danger by getting in a hermetically sealed car so he can have a little ego boost with his drive-by. Oh, and now technically Trump has a pre-existing condition, which he is trying to remove protection for millions of Americans.

I'm glad he can make the debates now, hope he'll actually follow the rules this time.