Trump signs the COVID-19 relief bill which sends billions of dollars to foreign countries, including gender education in Pakistan.

Just exposing! Then strike!
Constitution is the path forward. 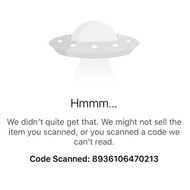 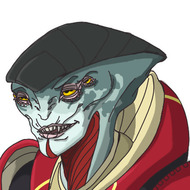 I would like to think that President Trump relented for the sake of the American people, but this act feels too much like a man who's resigned himself to the belief that the fight is over and the political establishment won.

And if it does happen to be over, wouldn't it be a hoot to see him buy CNN and turn it into TNN?

I have a great deal of admiration and respect for Ramzpaul. If I could form a "dream team" Partition Party in the wake of the collapse of America and the GOP Jan 6th, I would choose Ramzpaul as the front man, though he does not want the job.

I have seen too much over the top and destructive criticism within this movement in general and towards RAMZ in particular. We need to be able to offer constructive criticism and keep our sights trained on the Enemy. In that spirit I appreciate what RAMZPAUL has to say about Trump and the election and this particular bill, but I differ with him on the following points:

1) The fight is salutary, therefore fight

I was going to pull my punches on Trump etc until Jan 20th, but I will revise that to Jan 7th, as the person sworn in on the 20th will be determined on the 6th. Until then I will Hold the Line. We will have ample time for forensics soon. Furthermore, the fight is short. The struggle for a Homeland will take 4 to 16 years, and that is only the beginning. If persons have not the stomach or discipline for a short, salutary fight, it bodes ill.

2) It is important to articulate what could be done, so that we have a measuring stick for events and can learn lessons. That is much more important than predicting the future.

Ramzpaul uses that technique in this very video: he articulates what Trump could have /should have done with this bill, in order to measure his actual effort, and perhaps learn a lesson for the future.

The same goes for Jan 6th. Pence, 51 Republican Senators, and 5 SC justices could buy Heritage America some more time to favorably shape a post-America future. No need for "Rubicons", Insurrection Acts, martial law, murder, civil war and the like: just 57 Heritage Americans "holding the line" and voting with discipline. When that doesn't happen, we can use that failure to our full advantage to press our case for a separate new nation: we were so devoid of Spirit, we lost our nation without a fight, without even a vote - time for something New.

3. Going all the way with Trump is important for getting past him quickly.

Evangelicals have likened Trump to Cyrus the Great - a messiah. Q, or "quelle", and "trust the plan" are straightforward Evangelical theology: Do nothing, and wait for God to do everything. In reality Trump is Julian the Apostate, a four year blip in a thousand year dark age of the New Religion.

The Old Religion is as dead as America - the two deaths are in actual fact one. No men really believe that a bronze age rabbi rose from the dead, or that his priesthood has supernatural access to truth. This year Christians sat idly by while both Easter and Christmas were canceled for the first time since Julian the Apostate. The New Religion won the War of the Spirit. By backing Trump and the "trust hypothesis" to the 6th, we do as St Boniface did when he chopped down the oak. We call the bluff of Q / Evangelical Christianity and show that their magic has expired - we trusted the plan - we trusted the false messiah and he failed. Only the New can fight the New.

Trump may want to use the 6th to spring board a party, or a 2024 run, or a media empire. I want no part of it. He had 4 years and he failed even by his own metrics. By my metric, he failed because he thought America could be saved when it is dead. We must look forward to the New, not backward to the dead.

As The Egyptian himself said "let the dead bury the dead". 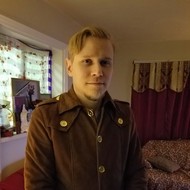