MAGA meets the Satanic Panic of the 1980s.

I don't know how far this goes, but I knew people in the diplomatic corps and yes they do get set up in perverted situations. 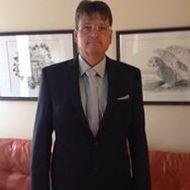 Holy crap, hell must have frozen over, because for once I am in full agreement with Paul. I've been dismissing this new Satanic Panic nonsense ever since "Pizzagate" and the QAnon lunacy.

One clarification, though, the original Satanic Panic definitely did not end after the McMartin trials. First, McMartin lasted 7 years, going from initial accusations in 1983 to the end of the trials in 1990 (with all charges dropped), so it wasn't as if it was a brief misunderstanding. Even so, we still saw accusations of Satanism and related moral panics years after, including after the Columbine massacre in 1999. It was wide-spread across the US, with phony "experts" like Lawrence Pazder perpetuating recovered memory therapy and holding seminars to teach police how to determine when SRA (Satanic Ritual Abuse) was involved - including predatory interview tactics with impressionable children. There were plenty of continued accusations for years.

The D&D example you brought up relates to Patricia Pulling, who founded "Bothered About Dungeons & Dragons" in 1983 after he son killed himself a year prior.

Haven't you heard of distraction as an effective weapon in warfare? Make noise to his right as you strike his left?