Yes, not conceding is literally a Holocaust, it's definitely exactly what Hitler did when he refused to concede. These people are truly unhinged. 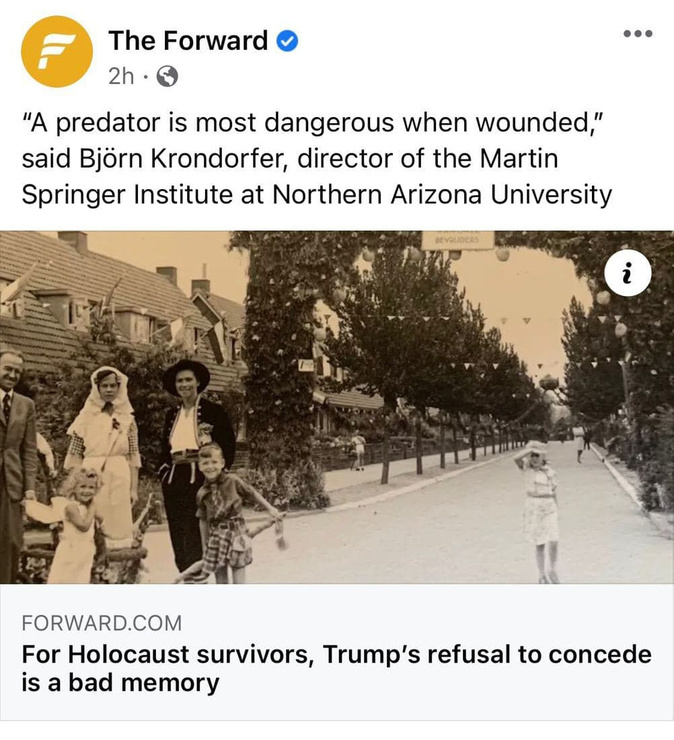 Is there any counter play to the Holocaust card? I think the Comedy card is the best soft counter. It's only a soft counter because the Holocaust user can counter Comedy with the Deplatform, Ban, and Cancel card. Comedy is also banned in most European tournaments.

Right-wing players are trying to nerf the cards that counter Comedy, but will the nerfs be enough to make Holocaust fair?

I remember the days when Leftists used to run Comedy decks. Dave Chappelle, Steven Colbert, and Sascha Baron Cohen were some of my favorite players. Now they all run boring anti-Comedy builds.

You could also mention who were mostly involved in perpetuating the Holodomor and were overwhelmingly the only non-Chinese to help Mao. You avoid the Holocaust all together and force people to see what many Jews were up to, too

I think in no uncertain terms concession is broadcast far and wide: fraud is afoot.

Yep, and such insane things as this being published just further affirms it.