We rely on members to let us know when posts contain content that violiate the community guidelines. The most common reason that content gets flagged is that it contains dehumanizing or trolling/baiting text. Getting too many flagged posts will result in account termination.
5 4

Hollywood composition of actors and actresses? Is it true in Hollywood even Italian people like Fonzie were protrayed by Jewish actors while this OscarsTooWhite memes were going on. My list was characters you would have no idea in Hollywood would be this way but once you look at the names in wikipedia it just seems like 50 to 100 times over-representation of one group in Hollywood. Believe me it is not WASPS or White Christians, Catholics, or even Mormons. 1. Fonzie- Portrayed by Henry Winkler- His parents were German Jews who emigrated from Berlin to the U.S. in 1939 on the eve of World War II. 2. Zach Morris Saved by the Bell- Mark Paul Goselaar played him His Dutch-born father is of German and Dutch Jewish descent.[4] Gosselaar's Jewish paternal great-grandparents, Hertog and Hester Gosselaar, were murdered at the Sobibor extermination camp during the Holocaust. 3. The Show Alice- Linda Lavin The Lavin family were active members of the local area Jewish community. The list goes on and on but Hollywood would be in the 70 to 80 percent range of actors and actresses you see being represented in Hollywood by a group that makes up 2 percent of the US Population. Also Hollywood is not a place where you pass a test like an MCAT to be a doctor. It is all about who you know and hiring friends and nepotism. The over-representation can never ever be overstated.

Two of the women who acted in The Golden Girls, Estelle Getty, and Bea Arthur played Italians. They are actually Jewish. I do love that show tho. It does get easier to see propaganda in movies and on t.v. after you are JQ aware. I still enjoy a lot of shows that feature Jewish actors. It's a big portion of Hollywood. I just don't like when they are anti white. 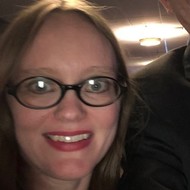 I always thought Sacha it explains why people who look White seem so anti White. Otherwise why would a group be so anti itself? It seems to come from a group who looks like us but is hostile and considers themselves something else. Smart ones like Gottfried, Laura Loomer, and Ashley Goldberg do exist but Hollywood is full of absolute jackasses so many of them there.

It is amazing how many sitcom characters were Jewish. What is interesting is that many of these characters were shown as Italian. On Seinfeld, I believe George and his entire family were portrayed as Italians, but all were played by Jews.

I don't have an issue with Jewish actors. Many are quite talented and funny. But I hate the double standard when it is acceptable to call an industry is called "too white." Could you imagine the outcry if someone called Hollywood "too Jewish?" 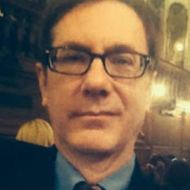 To verify your view on this Ramz I could give an example here of some of the most popular 90's sitcoms and beyond.

This is a typical list of many shows and movies you see while hearing OscarsTooWhite memes.

Don't forget Sean Penn. Research his daddy Leo Penn, who was a card carrying communist. Penn sounds Irish doesn't it. He's the only Irishman I know who is descended from Russian Jews. 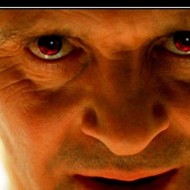 Great post. The most ridiculous thing about #OscarsSoWhite was their victim poster boy in 2015: Idris Elba. Really. How exactly did Elba really represent racism? A pampered, multi-millionaire, British socialite and celebrated actor who was educated at London’s National Youth Music Theatre. And while woke-Hollywood cried over the oppression suffered by this wealthy Brit at the hands of the Academy, they didn't breath a word about the black American children drinking lead-laced water that same year in Flynt, Michigan. Elba, made a much sexier victim.

Produced by Judd Apatow who was in charge of hiring for the project. His family is Jewish, "but nonreligious"

So 75 percent 3 of the 4 main girls are Jewish 2 percent of the population and 1 of the 4 25 percent is not which is 60 percent and historically 90 percent of the US population. So Whites are severely under-represented while Jews are over-represented. However after the OSCARSTOOWHITE Nonsense which is a lie and you get rewareded for telling a lie. If you told the truth OscarstooJewish you told the truth but would be punished for life by this clown world. Another thing you notice is how often in Hollywood someone has a Christian parent and a Jewish parent but will not identify as the Christian. They will very often identify as their Jewish side pretty much for the advantage of it. I could probably do another 100 shows like this as an example of the trick but hey I will wait for some replies. Remember this quote. "The greatest trick the Devil ever pulled was convincing the world he didn't exist. "