We rely on members to let us know when posts contain content that violiate the community guidelines. The most common reason that content gets flagged is that it contains dehumanizing or trolling/baiting text. Getting too many flagged posts will result in account termination.
Visit Group Join Group
3 0

So... How do you guys feel about the Libertarian candidate Jo Jorgensen? Personally, I get excited when she says, "Hey guys, let's audit the Federal Reserve!"

The basic libertarian principle of non-initiation of force or fraud is good, but the application of that principle becomes lost in a mix of other nonsense much of the time. She might do an okay job as president if she were elected, but she's not going to be elected. The LP trying to market themselves by endorsing BLM and other fads of the upcoming generation makes them look a bit pathetic to me.

If someone truly can't bring himself or herself to vote for either Trump or Biden, then that person should cast whatever vote works. I still see value in these protest votes in showing where the country really is. Each vote belongs to the person casting the vote, and if someone wants to vote for Jo Jorgensen, I support that right.

One positive thing about the LP pandering to some of these "woke" and immature voters is that people who realize that Biden is too impaired to be president but hate Trump will have other votes to cast instead of voting for Biden. I think most of those votes will go to the Green Party or maybe even the Communist Party. If a few of them go to the Libertarian Party, then that's fewer votes for Biden. Maybe those votes will cost Biden a state. 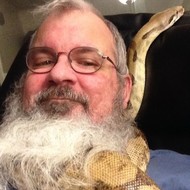 When a “libertarian” says you MUST be anti-racist, they aren’t libertarian. 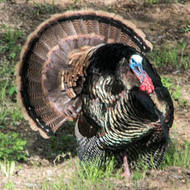 She lost me completely when she echoed the blm hash. That makes her a tool. Explain all she wants afterwards, but that's just playing into the marxist trojan horse. It's the same problem the Libertarians always have -- they just can not field credible, serious candidates or even recognize the real issues we have. Libertarianism is doomed because two whole generations of kids have been raised to believe everything about it is evil. You have to fix that problem before you can start even pretending these bullet lists of policy ideas are relevant. Otherwise trying to be cool with hashtags is just playing into their narrative. 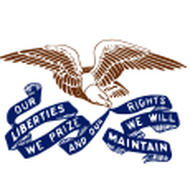 Posted by FraggleHey Sydney fans, I'm back with another cartoon! Please enjoy this page from my comic strip One Big Shoe.

Posted by TheHerrDarkAnother US Government agency violating the Hatch Act Hatch Act, 5 U.

Posted by KalkiI wonder what the brown-eyed devil will do after The Antichrist DESTROYS ALL CULTURE WAR SIGHOP NONSENSE? She will date him and they will become the new royalty... [rantichrist.blogspot.com]

Posted by KalkiI wonder what the brown-eyed devil will do after The Antichrist DESTROYS ALL CULTURE WAR SIGHOP NONSENSE? She will date him and they will become the new royalty... [rantichrist.blogspot.com]

Posted by FraggleHere's another cartoon for you folks. I hope you guys like it.

Posted by B4theWALL61Happy to accept Sydney's invitation! In a local government symposium, I once identified myself as Caucasian.