We rely on members to let us know when posts contain content that violiate the community guidelines. The most common reason that content gets flagged is that it contains dehumanizing or trolling/baiting text. Getting too many flagged posts will result in account termination.
Visit Group Join Group
3 3

When I started work at Shell (Equilon which was essentially Shell), they held meetings about “diversity” where they preached their twisted view of humanity. The basic doctrine is that none of us are individuals and none of us see one another as individuals. Instead, we are just collections of demographic groups. By this doctrine, I’m not “Bill Kelly, a unique and individual person.” Instead, I’m “Bill Kelly – male, white, single, engineer (now disabled), obese, homeowner, pet snake owner, Republican, failed Christian, etc..” According to this doctrine, all of human relationships are about being members of dominant and subordinate groups and that everything should be about equalizing these groups. According to this doctrine, no one sees one another as individuals, and the only people who speak of seeing one another as individuals are powerful white males trying to maintain dominance. This doctrine is evil, and Shell should be ashamed of having promoted this evil.

A few days ago, I ran across another failure to distinguish between the individual and the group. The meme was just text and was trying to make a case for the “black lives matter” slogan. The idea was that if a man’s wife comes to him and asks whether he loves her, his replying that “I love everybody” is cruel because it implies that she’s not special to him. The meme tries to defend the “black lives matter” slogan as being the same situation.

That mindset is what’s wrong with where our society is. A husband and wife are supposed to have a unique relationship. They are supposed to love one another in a way that is beyond how they love everyone else. When a husband says “I love you” to his wife, he is elevating her above all others because he should elevate her above all others. That’s simply not true of any group and particularly not true of any racial or ethnic group. We don’t owe any racial group a status above all others. That mindset is racism, and no excuse makes that mindset any less racist or any less ugly.

Neither blacks nor whites nor any other demographic group that one can imagine is monolithic. To view any group as monolithic is racist or whatever “ist” word applies regarding that demographic group. Within every group are many people, and they are all different. Some of them live good lives that really matter. While every human life matters in a basic sense, not everyone makes his or her life matter.

When the Carr brothers were perpetrating the Wichita Horror of the 90’s, their lives didn’t matter. For those who aren’t familiar with this black on white multiple murder, the Carr brothers were a pair of worthless trash who broke into an apartment where two couples were enjoying a quiet evening together. They raped and beat these four people. They tied three of them in a closet and took the other one to withdraw from ATMs. They then took the four of them to a snowy field where they stripped them in the snow and shot them in the head. They were caught because one victim survived the gunshot and ran naked through the snow and cold wind to get help. The lives of the Carr brothers don’t matter. I wish that they had been executed. If they have been released from prison, I hope that they are dead.

The same is true of the men who killed James Byrd by dragging him to death behind a truck. In the Byrd case, the killers were white and the victim was black. Either way, the lives of the killers don’t matter. I mention the case in Wichita first because that case never received the publicity that the Byrd case did. I think at least one of those murderers has been executed. Either way, the world would be a better place without these killers.

Saying “All lives matter” is not cruel to black people. No race or other demographic deserves to be raised above any other. Those who demand that kind of elevation are racists. I’m sorry that liars and con artists have tried to tell blacks that they are a subordinate and need to be raised up, but I won’t live or speak as if that lie is the truth. Likewise, I won’t speak or live as if any should be held up by anyone in the way that spouses should hold up one another.

Is everyone okay with me not posting the link to my blog? No one visits the blog anyway, so I thought that I'd just post the text here.

Communism believes in the collective over the individual = Democrats

"Race" is a term created by the government to divide people. Humans are a 'species', in this species we have Caucasians, Blacks and Asians, to name a few, but they are an ethnicity, much like all dogs are canines, but not canines are Poodles.

Please return the favour by mentioning SLUG in your blog if you do not already do so. 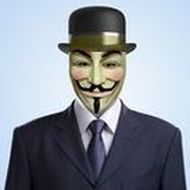 Thanks Bill, i willshare those thoughts and ideas and take them with me. I am writing a poem about being a white, middle class, divorced , not so fat, able bodied but lazy,woman and your post has given me some inspiration

Posted by WeltansichtHappy St. Pat's Day to the Eire people as well !!!!

Posted by NooneWhen you're tired of everything

Posted by NooneLooking back at the email address I had for college weeks ago, one message had an interesting topic

Posted by FEgersdorferSAMA 2021 winners Die Heuwels Fantasties are currently busy with the recordings for their VOLUME II album, which is due for release in early 2022. ﻿ [undergroundpress.co.za]

Posted by NooneJust a reminder

Posted by NooneI just noticed this yesterday. If you want the dislike count back try this: