The mainstream's attempt at whitewashing, summarized by Ben Shapiro: 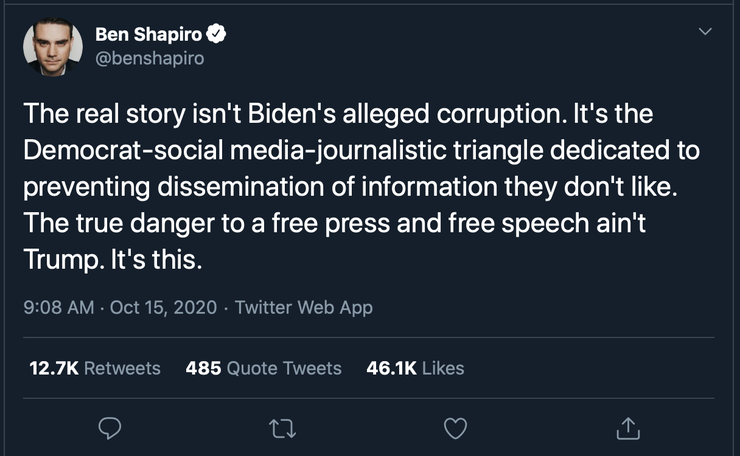 out of all of this I fear the potential election of Biden as a result of left leaning media. Sadly many have been convinced the Biden is the better of the two candidates while not going after the proven and demonstrated wrongdoings. Should Biden win the media and those that supported him will face a rude awakening. 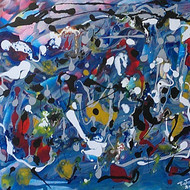 Is this like layers of an onion? Peel off the first symptom and call it the cure, then time passes and the other symptoms only get worse.

If only there was a way to hold criminals in government to account for their crimes OTHER THAN voting them out of office.

The layers of false cures start at the point when the criminals who take-over governments enforce their power to decide if what they do is a crime or not.

Q. Let me ask you finally -- this has
been a long road -- how you regard -- what is
your explanation for the fact that there has
been such little national media coverage of
these -- of this trial and this evidence and
this event here in this Memphis courtroom,
which is the first trial ever to be able to
produce evidence on this assassination --
what has happened here that Mighty Wurlitzer
is not sounding but is in fact totally
silent -- almost totally silent?


A. Oh, but -- as we know, silence can be
deafening. Disinformation is not only
getting certain things to appear in print,
it's also getting certain things not to
appear in print. I mean, the first -- the
first thing I would say as a way of
explanation is the incredibly powerful effect
of disinformation over a long period of time
that I mentioned before. For 30 years the
official line has been that James Earl Ray
killed Martin Luther King and he did it all
by himself. That's 30 years, not -- nothing
like the short period when the line was that
the Cubans raped the Angolan women. But for
30 years it's James Earl Ray killed Dr. King,
did it all by himself.

And when that is imprinted in the
minds of the general public for 30 years, if
somebody stood up and confessed and said: I
did it. Ray didn't do it, I did it. Here's
a movie. Here's a video showing me do it. 99
percent of the people wouldn't believe him
because it just -- it just wouldn't click in
the mind. It would just go right to -- it
couldn't be. It's just a powerful
psychological effect over 30 years of
disinformation that's been imprinted on the
brains of the -- the public. Something to
the country couldn't -- couldn't be.

The "government" (actual criminals in government office) conspired to murder and murdered a whistle blower blowing the whistle on the criminals in government. That, from another angle of view, is "The Government" executing someone found guilty of a capital crime in America. Who is the fool? How many people are murdered by "government" in America every single year, and those who execute the sentence (following orders) leave plenty of evidence proving the fact that the order to execute the sentence was issued by specific people in need of a court date.

The real story is that the covering up charade works.

It is not "alleged" corruption. It is corruption. Why is this "reporter" claiming that it is "alleged?"

It would only be "alleged" if there was law in America, and therefore the accused is only guilty of anything when the case is tried before a (common law, independent) jury.

There is no law in America, there won't be an accuser that has the power to set in motion an independent (common law) grand jury investigation to then present the accused (presumed to be innocent) with an opportunity afforded the accused, for the accused to state the facts that matter in the case before an independent trial jury, as those trial jurors, randomly selected, are representatives of the whole country, without bias of faction, race, religion, stature, or political affiliation/polarization. That won't happen. It did not happen in the Martin Luther King Jr. Conspiracy Murder Case, as the perpetrators were able to delay the progress of law for 30 years, long after the conspiracy murderers murdered the man, executed him, for the "crime" of speaking the truth about the criminals in government.

The real story here is nonfeasance, misfeasance, malfeasance, misprision of justice, and misprision of treason for every single member of government who WILL NOT return to rule of law, not in the worst case (war for profit) nor in the least case where someone publishes a libelous false claim intending to discredit the victim.

So true and it is all over the western world.

The irony of Mr. Shapiro successfully relying on 2 of the 3 sides of that triangle is I'm sure lost on him and his followers.

I may have misread your comment, but to me this falls under the false claim that 'they' are stupid.

Mr. Shapiro is smart enough to become famous and infamous, so my guess is that he is well aware of the side that cannot be seen, let alone spoken.

@Josf-Kelley
Not at all. I recognize Mr Shapiro is a very well-educated and articulate individual. I'm merely drawing to the attention that he lambasts the triangle of democrats, journalism, and social media... While at the same time relying on two of those (social media and journalism) for his success.

I'm going to comment further, due to the inspiration I get from your words.

I wonder if Trump or any followers would be accountable for suppressing information too?

How about any examples?

@Josf-Kelley
that depends if it was suppressed in a government role or as a private institution.
as a private institution, Twitter or Facebook cannot be said to be suppressing information since their choice to moderate content doesn't rise to the level of suppression: after all everybody can still access the New York Post article in spite of what Twitter or Facebook does.

Your way of looking at this is stated with words, and noted. That way is not the only way, even if it may be the Majority Party way or the Minority Party way.

I see things as either good for life or not, and if seriously not, then it is a crime, such as whatever one might do to someone else which is the same thing that would be defended against were someone to do that to the actor.

Your use of the words private and "government" role is not unique, perhaps, but certainly not shared by me.

Private, to me, is rare, and something that affects only the individual, without serious (again the word serious is used with the earlier meaning intended) consequence to anyone else.

If someone actively impedes the free flow of information that could save lives, for example, then someone (or some group acting out the same actions, which is why they belong to a "group:" because they do the same things) acting out that act (impeding information that can save lives) is, in that way, harming people, which is a fact that matters to the people being harmed, if they knew what was being willfully kept from them.

You can go on with your collective narrative as you see fit, while I see cause to look at things with a serious intent to find the facts that matter in any case.

Take for example the "private" collective sum total of all the actions done by all the people who constitute "facebook" and my reading of your words indicates that "they" have done no wrong. That appears to be what you are saying, because you place "them" into your safety net of "private" rather than "government" entities, or whatnot.

To me each individual is accountable for their responsibilities, each one, each time, each place, and motive is important, but actual results of actions done are also very important, seriously important, especially when innocent lives are routinely consumed by individuals who cause those injuries by some measure, including the fact that some people intentionally impede information that would save those innocent people from the harm done to them in the past, done to them currently, or to be done to them soon.

The U.S. Bill of Rights of course protects freedom of the press so what better to infiltrate than something that is protected. 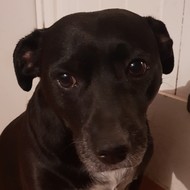 You can include a link to this post in your posts and comments by including the text q:141189
Slug does not evaluate or guarantee the accuracy of any content. Read full disclaimer.