It is my belief that in the United States of America, we should have a second constitution.
An Economic Constitution,

The goal of the E.C. would be to ensure Corporations do not influence our politics or culture in anyway.

It would have something similar to the supreme court, to analyze business decisions and develop something like jurisprudence for a business's actions.

Let me know what you think in the comments. 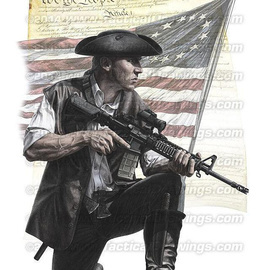 The Roman Republic had a mechanism for balancing the tradeoff between
government power and individual liberty. It had two modes: senate mode and
dictator mode. It was usually in senate mode, and the constitution was rich in
checks and balances. Most offices were elected, had a term of 1 year and
couldn't be repeated.

The Senate had the power to appoint a dictator. On occasion Rome was in dicator mode,
and this was necessary because if they hadn't been, invaders would have conquered them.
The dictator tended to be a fellow who was renowned for winning. Upon winning the war
the dictator would resign and Rome would return to senate mode.

Cincinnatus was appointed dictator because Rome was about to be conquered.
Cincinnatus defeated the invaders and resigned the dictatorship 15 days after being
appointed. He returned to his farm.

Back in the day, most retiring American presidents returned to their farms. I
propose an amendment to the American constitution: Retiring presidents must
farm.

There may be instances where it's good to let rich people run government.
At present, campaign money goes to advertising firms and media networks, not
the peasants. Make the politicians spend money on the peasants.
For example, offer a rich person a term as mayor if he drops 10 million dollars in
the city treasury. Watchdog him, of course, but let him use the office to help his
businesses, otherwise he won't drop the donation. Just make sure that his profits
are less than his donation. If he donates 10 mil and makes 5 mil, the city wins.
Treat the rich mayor like a celebrity. Make him feel welcome. Name a street after him.

Want another term? You can have it if you drop another 10 mil.

You've given some interesting ideas to think about there. Thanks for the comment. On the topic of Rome, I use this list below to show people what corrupt politics is, and what it becomes by giving them this list below.

If you look at the list of Roman Emperors, look how many were murdered... the overwhelming majority of them. The same would be true in the United States, if we did not have such a robust legal system.

@Swuave It seems the Praetorian guard held significant power, given how many emperors were killed
by the guard.

Won re-election but the election was stolen (1) Trump

Two presidents pledged to serve exactly 1 term and honored their pledge: Polk and Hayes.
It's a powerful campaign pledge. Modern politicians should try it.

When has there been competition among constitutions?

The Founding Fathers at the Constitutional Convention were obliged to produce a good
constitution, to induce states to ratify it.

The Union was nice to the states to induce them to join. For many states, The Union
paid off the state's debt as a reward for joining.

Utah is a rare territory that chose independence over statehood. Didn't last, but it was a bold move.

Poland was inspired by the American constitution and adopted a similar constitution in
1791. Alas, it lasted only 2 years because Poland was conquered.

The French revolution also had available to them the wisdom of the American constitution but they
failed to harness it, resulting in a return to dictatorship.

A smart nation would adjust its constitution to make it friendly to rich people, and
start importing rich people. This puts pressure on nations with lame constitutions.

Fair competition among constitutions requires the option of secession.

In Ancient Greece there was no federal government. City states were independent and they
formed voluntary associations with other city states called leagues.

The earliest constitutions had great ideas. These were the Roman Republic, Sparta, and Athens.
A common feature was that most offices had a term of 1 year and they couldn't be repeated.
Discussion of the ancient constitutions: jaymaron.com/history.html [jaymaron.com]

A measure of the success of a president is his record for busting monopolies. Teddy stands out
as the hero. Modern Democrats bend the knee to monopolies.

A government is only as intelligent as its voters. Voters should support politicians
that bust monopolies.

The Gubernatorial election should be the election that matters, and the one that people care about. Unfortunately the lack of civic education to the populous has resulted in a bunch of people that think the Federal Gov is suppose to solve all their problems.

In my opinion, the constitution of should severely limit the Federal Government, to military only, and perhaps supreme court.

@Swuave Given that the Fed has fallen into a black hole, the only way to get anything done now
is through states. Rooting for secession and bold governor moves.

Constitutional change can only be through democratic means ie one person one vote, good luck with that when half your population cannot accept the outcome of a limited term presidential election. A healthier option given whats been happening would be to limit the powers of the President to being purely ceremonial and diplomatic, with power to veto but not make policy or declare war. 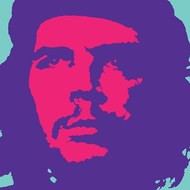 Meaning we keep the one we have, and have a second for the economy.

@Swuave people indivisible no longer, what would "God" think, A constitution to serve God & Mammom, at least it would make the reality explicit.

How about just adding on to the current Constitution?

The reason I separated the two, is this one would apply only to business. Some of the rules that would only apply to business do not make much sense to apply to the individual.

For example, "shall not influence politics/culture"

If I could add something to the constitution it would be
#1 No entity of any kind shall pay more than 10% tax (perhaps 20%)
#2 The federal government shall only be military, and enforce the bill of rights
#3 The demographics of the nation shall remain the same in proportion

@Swuave I would like a10% first tax rate for everybody no loopholes, just move the decimal one place. If it’s good enough for God it should be more than enough for the government. We could get rid of 90% of the IRS, my 8 year old could audit taxes with my proposed tax plan.

You can include a link to this post in your posts and comments by including the text q:172008
Slug does not evaluate or guarantee the accuracy of any content. Read full disclaimer.