In response to the ChristChurch shooting I was discussing the 4,136 christians killed by Muslims last year. I was then informed that Moderate Muslims do not support the Jihadi or their murders of innocent people. This person pointed to a march supposedly held in London a while ago as proof. I argued it was staged.

A self-proclaimed liberal jumped on me saying it was impossible for a "camera angle" to make a dozen people look like more. This was in reference to the CNN report in London where they claimed a "Massive" protest by muslims AGAINST terrorism was spontaneously happening. Showed them the CNN angle and the same shot of the group from a cell phone taken from a 2nd story window. He still didnt believe it. Even showed the report of the CNN reporter coaching these people and providing them with manufactured signs. This guy still said it was fake and there was no way a camera angle could make him believe any such "Bullshit!"

So I showed him this pic! I got blocked! LOL

And they wonder why we don't take them more seriously!

There There is No Such Thing as a Peaceful MUSLIM. The Majority of the so-called Peaceful Moderate MUSLIMS have the same beliefs, values and Social/Political Objectives that the Radical Violent MUSLIMS Have.

These so-called Moderate/Peaceful MUSLIMS are the ones providing Political/Logistical/Financial and Moral Support to the violent Radicals. They are fighting the same Fight with the same goals as the Radicals. They are simply using Lawyers, Politicians and the Media instead of Weapons and Suicide Bombers.

They will continue to conduct their campaign of SUBVERSION until such time that they feel safe enough to join their Brothers in Violent JIHAD.

Their shared objectives however remain the same, the establishment of an ISLAMIC CALIPHATE, the Establishment and enforcement of Sharia Law over the World and the eventual destruction and genocide of all NON-MUSLIMS.

Ben Shapiro: The Myth of the Tiny Radical Muslim Minority 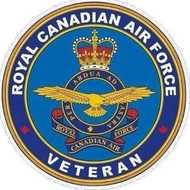 Are people allowed to have this discussion here without threat of imprisonment?

@MADcHATTER wrong pal ...not sure if you're one of the shadows but this is an info collecting/ fixing PC dead shit site like all the others these cunts run

@MADcHATTER one big part of the dispossession industry right here

Well, the "Moderate" Muslims don't condemn the jihadists either

Where the metaphor "Koolaid drinkers" originated?

Even though so called moderate Muslims say they don’t support terriorism they sympathize with them and wouldn’t turn them in if they knew about them which makes them guilty as well.

First off that is a great picture.
As for the thousands of Christians murdered by Muslims, how many was ISIS, and don't forget they didn't just killed Christians. They killed everyone. I think in general they killed more Muslims then any other group, but they were not picky about killing others.
I kind of feel for Muslims in general. Muslims in the US have been demonized since 9-11. We have had two wars constantly in the middle east for so long the war is old enough to vote. The US also keeps implementing regime change whenever someone comes to power that says something like "I'm going to think more about my people then U.S. interests." There are also death bots constantly hovering over the middle east waiting for someone to hop on twitter and say something vaguely anti-american. Then there is the Chinese performing an ethnic cleansing on their Muslims. A bunch of buddists are doing the same to the Rohingya.
As for the Christchurch shootings, it wasn't a conspiracy. Some jackass who thinks all Muslims are evil started shooting. If you think the CIA hired a bunch of actors to make it look fake, you massively overestimate how much the CIA cares about human lives. On that note the actors would add that to their resumes and credits and the conspiracy would fall apart instantly.

Some good points but there have been over two dozen attacks with deaths caused by Muslim extremists in the US. The Muslim community hasn't gone out of its way to condemn these attacks either.

As much as I try to be tolerant and try to be a good Christian I just have to be honest with myself. To me there is no such thing as a moderate Muslim. Jesus is love. Mohammed is world domination.

We’ve had Muslim rape gangs in the UK for years. Underage grooming etc and the police and local authorities were never quick react. When they did react, the high courts and government insisted on a news blackout. We are talking 100’s of Pakistani males raping our daughters and we don’t know who they are or what they look like.
The muslim population have infiltrated into jobs where they can help there own. Local Muslim communities have Muslim council employees help them manipulate paperwork to get all the benefits they shouldn’t be entitled too. You can’t say anything because your deemed a racist and a troublemaker. It makes me sick how our government is turning against its population for its own benefit. Very much under the influence of the Saudis and the EU.

Most were described in the media as asian men! or not referred to by race

@MADcHATTER It is a political religious ideology. There is no seperation between them. Raheel Raza, a self proclaimed feminist muslim woman, says that the Iranian Ayatollah Khomeni is the one who ordered that jihad or wahabism be waged against the west and that it was backed by billions in Saudi cash. But I agree, the so called moderate muslims, when push comes to shove, are going to follow what they have been taught, or risk being called apostates themselves and subject to the same cleansing. Similar Im sure,to what happened to the German people in Nazi Germany.

Yes, I can hardly imagine the shock and bewilderment, Brits must be feeling. It makes me heart sick. Brexit as I see it is the only salvation left against the madness. Am glad my poor mum, who passed 2013 isn't around for any more of this. It was bad back then, but people weren't saying anything. Even when planes loads of Somalis were being flown in, 20,000 a month around 2009 or 2010. And noone can tell me they weren't the Junta, the murderers and oppressors of their own people. Driving around in their Mercedes, buying up the businesses, and we were supposed to believe these were poor villagers. They sneered and turned up their noses, thought nothing of pushing their way to the front of queues and expected you to gives up seats on public transport , that started many an argument, let me tell you. That decency and tolerance, has been turned against and used against the British people, breaks my heart. That the government has turned its back on all that was beautifull about the British Isles, makes me angry.

@MADcHATTER thank you for filling in that point! So much going on, so many rants to make...is it time for tea and cake yet?

@digi dispicable, really! How dumb do these politicians think we are. It's making people rightfully angry.

I did read that the Christ Church Mosque had several radicalized members that did fight in the middle east for ISIS. No problems here right.

I believe two young men (born white, in New Zealand, and not Muslim) were blown up by the BOMB they were transporting, to God knows where, in the middle east. Converts??????, They attended one of the Mosque that was shot up. The shooter probably has issues, but did he know something?

They did a survey in London of the Muslims there and asked them if they supported the Radical Muslims who follow Islam to the letter, they said they did not support them, they were then asked if they would report a Muslim who they knew to be radical and who was committing acts of terrorism in the UK and the answer was a resounding NO. So although they do not support their acts of terrorism, they would not do anything to try and prevent them, this is what we are up against, they claim to be assimilating but in actual fact they are wolves in sheep's clothing, hiding those who are intending to do us harm.

because they do support them or they would be speaking out against them like we are trying do. the funding comes from mosque and halal product so don't buy them unless you support terrorist

Well, we have already proven the shooters mosque video has 2 inconsistincies. #1- When the shooter first made entrance into the mosque there was already a AR-15 type magazine laying on the carpet approximately 20' inside the entrance hallway. #2- The shooters video that was supposedly livestreamed had already had special effects added post production.Which means it wasnt a livestream. Which means it was recorded before the mosque attack. Which means it was a conspiracy. [lm.facebook.com]. In that link you will see the video broken down frame by frame and you will watch the spent bullet casings magically dissapear into thin air, obvious special effects.

DARN!!! That guy hangs out with amazing Fictional Characters!!! Where do I sign up?

I personally love the entire “Moderate Muslim” conversation driven by people who simply haven’t a clue.
Me: “Ummm ... have you read the Qu’ran?”
They: “It’s spelled Koran!”

@MADcHATTER
I used to puzzle about how people ... especially those “converts who call themselves Muslims” came up with that nonsense about being a “religion” “of peace”.
My mistake was when I read it, I read the whole thing and went on to the other books and ...
I won’t go into the idea of how he didn’t write ... and they didn’t collect and assemble until ...
I ran across a guy who actually explained the phenomena.
He describes the book as 3 parts and most people don’t get past part 1 ... like Bible Thumpers who only read the parts that were of interest to them... if you only read the first part it’s all pretty much rainbows and unicorns ...


I think it’s interesting to note that the guy goes out to the desert and fasts and hallucinates and gets “visions” (big surprise there) and comes home and tells his wife he was visited by the Devil but no ... SHE tells him it was an Angel ... that’s a pretty inauspicious beginning.

I have given up on my liberal acquaintances. They have the rationale of spoiled children. One even went as far as to accuse me of only caring about the facts, like that was wrong. As if feelings have anything to do with truth! 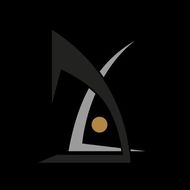 You can include a link to this post in your posts and comments by including the text q:23595
Slug does not evaluate or guarantee the accuracy of any content. Read full disclaimer.