Soros is betting on America failing, and is doing everything he can with his resources to de-stabilize America to hedge his bet.

George Soros tax cuts campaign US Census
Standing before a congregation at Abyssinian Baptist Church this past Sunday, newly installed Manhattan District Attorney Alvin Bragg admitted that “it has been a challenging two weeks” since he took office. Given all that’s happened both inside the DA’s office and on the streets of New York City over that span, that comment may be an early contender for understatement of the year.

Bragg’s trouble began on January 3 when he released his “Policies and Procedure memo.” Effective immediately, the memo essentially says, the Manhattan District Attorney’s office will explicitly do everything in its power to avoid incarcerating accused and convicted criminals in all but the most extreme cases.

In addition to seeking “alternatives” to incarceration, the DA’s office said it will also outright refuse to prosecute a myriad of “minor” crimes. Among those crimes are all marijuana misdemeanors, refusing to pay for public transportation; all non-felonious traffic infractions; prostitution; and resisting arrest. So while you can no longer legally enter a restaurant without a COVID vaccine in America’s largest city, you can run from the cops by fare-hopping onto the subway and later smoke weed on the street corner while prostituting yourself – without any worry of trouble from DA Bragg.

In response to these new policies, many prosecutors in the Manhattan DA’s office have chosen to head for the exits rather than be part of the new regime. Joan Illuzzi-Orbon, the lead on the Harvey Weinstein case, departed last week after being with the office since 1988. One source inside the office said that the departures appear to be driven by “a cultural and radical shift in policy.”

Andrew Giuliani, a Republican running for Governor of New York and son of former New York City Mayor Rudy Giuliani, also launched a petition along with Curtis Sliwa, who was the GOP candidate for New York City Mayor last year, to recall Bragg from office. While the effort is unlikely to be successful, as it would require the State Legislature to approve a ballot referendum, the online petition has garnered more than 10,000 signatures in less than a week, suggesting that opposition to Bragg’s policies is already growing just days after they were implemented.

In addition to law-abiding residents, the city’s police officers have been particularly outspoken against Bragg’s new policies, as many are now finding themselves wondering why they should risk their lives stopping criminals that the DA’s office will refuse to prosecute. New York’s newly elected Police Commissioner Keechant Sewell said she was “deeply troubled” by DA Bragg’s Jan 3 memo and “very concerned about the implications to [the safety of] police officers, the safety of the public, and justice for the victims.” Bragg’s office dismissed her concerns, and Bragg later theorized that she “misread” the memo. He then attempted to assuage the fears of New Yorkers in a recent interview by saying that “the policy is very, very clear. You go into a store with a gun to rob someone, that is going to be prosecuted…The policy is crystal clear on that…If you walk in with a gun and stick a store up, that’s a robbery.”

Despite these assurances, that is not how it appears to be playing out so far. Last week, for example, the New York Post reported that William Rolon, who has 16 misdemeanor convictions and has failed to appear in court eight times, was only charged with a misdemeanor, not robbery, after allegedly threatening a drug store worker with a knife. “Based on your record, you would have faced a long period of time in jail if convicted,” Judge Jay Weiner told Rolon. “The newly elected district attorney has new policies. You’re not charged with robbery; you’re charged with a misdemeanor here.” Under New York’s bail reform laws, Rolon was also released without bond.

Given that New York was already experiencing a record spike in violent crimes before Bragg took office, imposing an extreme set of policies that are even more lenient for criminals may seem like a puzzling move. However, Bragg is one of a growing number of high-profile DA’s funded by billionaire George Soros, who has in recent years taken an unusual interest in local prosecutor races. Soros reportedly spent $1 million on Bragg’s campaign and became the latest in a line of dozens of radically progressive District Attorneys hand-picked and financially backed by Soros. In all of those cities with Soros-backed District Attorneys, which include Los Angeles, Philadelphia, and now, New York, crime is continuing to worsen while those who are supposed to prosecute criminals are going out of their way to keep dangerous offenders out of prison while seemingly showing little concern for the victims they’ve criminalized.

However, despite Soros’s influence and the left’s obsession with such “restorative justice,” the devastation wrought by policies like those advanced by Bragg may ultimately prove too much for even other liberal Democrats to condone. New York City’s four other District Attorneys have already blasted Bragg for his soft on crime approach and are deeply concerned that the violence his policies could unleash could spill over into their districts. New York Mayor Eric Adams, a former police chief who ran on a platform of law and order, claims to be similarly concerned. For his own sake and for that of the people under his protection, let’s hope Bragg chooses to heed their concerns over Soros’s and reverse course on his already failed policies.

Andrew Abbott is the pen name of a writer and public affairs consultant with over a decade of experience in DC at the intersection of politics and culture.

Soro is acting like a jealous husband to America in a divorce proceedings. He will spend every last dime he's got to destroy her. If he can't have her nobody can.
What a sad mad man. 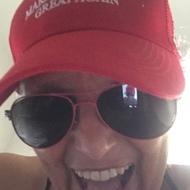 You can include a link to this post in your posts and comments by including the text q:305801
Slug does not evaluate or guarantee the accuracy of any content. Read full disclaimer.