During the Nineteenth Century, atheism, and its associated philosophies, began to gain enormous support among scientists. In 1859, Darwin’s Theory of Evolution established the idea that God was no longer needed to explain life, and in particular, human life.

Consistent with this theory, there was developed the idea that the entire cosmos could be explained without resort to divine creation. From all that, there came the claim that we have no free will, but rather, that we are slaves to the laws of physics, unable to alter our destinies.

Atheism relies upon randomness. For example, the theory of evolution relies upon the idea of random mutations in DNA that lead to ever more complex forms of life, eventually resulting in humans. The present theories of cosmology also involve randomness, resulting in virtually limitless “rolls of the dice” that, by chance, formed our universe.

Yet, this very same principle of randomness points to a fatal flaw in atheism. It is this: randomness requires design. Randomness can operate only within designed parameters.

To illustrate this, let us ask a trick question: what are the chances that the roll of a single die will result in a “six?” If you said, one chance in six, you assumed a six-sided die. But dice can have any number of sides, from four on upward. Dice do not have a random number of sides. They are designed and manufactured with a plan, and for a purpose. Likewise, the universe does not have a random number of parameters. It is designed, and made, for a purpose.

Perhaps the greatest unsolved mystery in physical science is the scientist himself, or more broadly speaking, the existence of consciousness. Specifically, we are speaking of the inward experience of consciousness, not merely its outward appearance.

Consciousness is the only phenomenon which is known to observe itself. It does so from within itself. It is therefore unlike any other phenomenon, and certainly, not even remotely like anything from which it is said to “emerge.” For that reason, it is proposed, by some, that inward consciousness is an absolute: irreducible to any component parts, and not arising from any substance. It is compelling evidence of our spiritual nature.

Finally, there is the absurd denial of free will (volition). This denial is necessary to physicalist atheism. Free will enables the human mind to break free from the otherwise inevitable chain of cause-and-effect. The violation of that chain, in even a single case, would utterly collapse the godless world view of atheistic science.

Yet, without free will, there can be no science, and indeed, no actual knowledge of any kind. Ironically, this fact was stated eloquently by an eminent atheist and evolutionist. He said, “It seems to me immensely unlikely that mind is a mere by-product of matter. For if my mental processes are determined wholly by the motions of atoms in my brain I have no reason to suppose that my beliefs are true. They may be sound chemically, but that does not make them sound logically. And hence I have no reason for supposing my brain [mind] to be composed of atoms.― J.B.S. Haldane, Possible Worlds

There are many more fatal flaws in the atheistic world view, but these three alone are sufficient to discredit it: randomness, consciousness, and free will. We have only skimmed the surface of these, but the deeper we look, the less credible we find atheism to be.

No commentary with this title can justly avoid mention of Dr. Stephen C. Meyer, whose books and video-taped online lectures have given courage to many of his fellow scientists to express their doubts about the idea that the universe—and therefore we—are merely physical phenomena of an unknowing, uncaring reality. While Meyer’s “God hypothesis” is strenuously criticized by some skeptics as allegedly having flaws, the fact remains that physicalist atheism has even more flaws, and deeper ones—leaving the God explanation as the superior scientific paradigm.

There are dire consequences should physical atheism continue as the basic idea underlying physical science. Among these is the sinister logic that, if we are nothing more than physical phenomena, without any spiritual component, then there is no rational basis for treating us as anything more than that. On what coherent basis could we claim that there are inalienable human rights? We could make no such claim. Without the moral compass supplied by civilized religion, sociopathy and barbarism would rule the planet.

Only God can save us from that fate.

Darwinian evolution, with natural selection as basic mechanism, is not based on nothing but randomness. Anyone who makes such a claim has not understood anything about Darwnism.
The production of variation is random, but selection certainly is not.

Consciousness comes in degrees (for example when you wake up in the morning) and it is switched on and off every night. How can such a thing be "absolute"? 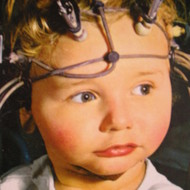 There is no compelling argument against Darwinism actually being PART of God’s creation.

The burden is now on those who say it is.

You can include a link to this post in your posts and comments by including the text q:338478
Slug does not evaluate or guarantee the accuracy of any content. Read full disclaimer.