A rather peculiar moment occurred during the Congressional hearings on UAPs (UFOs) today (May 17). Congressman Mike Gallagher (R-Wis) asked a question about the 1967 Malmstrom Air Force Base incident, and got a rather astonishing, shall we call it, non-reply. Scott Bray, the deputy director of Naval Intelligence, responded that he knew nothing of the event, other than that it has received some publicity outside of official channels.

Of course, we cannot expect that the foremost people leading the UAP investigations, especially at this initial stage, will know everything about every reported incident going back decades. However, that was not the gist of Bray’s response. He did not characterize the reported incident as minor, which it certainly was not. It involved the security of nuclear missiles. What he said was that, apparently, the UAP investigators do not possess any official records of the matter. They have not looked into it. They have nothing to say about it.

One might expect a number of possible responses that would indicate at least some degree of interest in this kind of potential threat to national security, especially since over the years, other, less spectacular sightings have been made in the vicinity of restricted areas. Bray tried to explain that his agency looks into matters only when they have been reported to it by “authoritative” persons. Mike Gallagher averred that he does not consider himself to be authoritative, but that he was at that moment requesting that Bray look into it. Bray allowed that he will.

Surely, the Deputy Director of Naval Intelligence is not a mere bureaucrat. He does not need to receive an official report in triplicate on the appropriate DoD form before becoming curious enough to at least ask one of his staff members about such things. Had he simply said something like, yes, I’ve heard about such incidents, we’re overwhelmed by reports, and at this moment I don’t have specifics—had he said something of that nature, then the matter would not have caused me such concern. He did not.

What is of concern is that there seems to be no structure in the investigation to compile all the relevant data that are available. Yes, priority must be given to the most recent events, the ones with the most sensor data, the most reliable and most credible reports. But surely, if there is any factual basis that has been being overlooked all these years, in the reports, then the Malmstrom incident would possibly be among the prominent ones. There would be a file on it somewhere.

Congressman Gallagher seemed unsatisfied with Bray’s response. More of us should. We do not need another exercise in going through the motions of an inquiry. We need investigators who are both very competent, and very curious. Let’s hope that questions like Gallagher’s energize the project.

No doubt there is definitely a structure in the investigation process and all the relevant data has been compiled. And nothing has been overlooked, the Malmstrom incident being among the prominent cases. But the file is buried deep and Bray was just fumbling for plausible deniability. 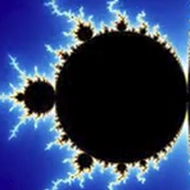 Yeah, DoD doing DoD things like evading Congressional inquiry.
I think that they know exactly what is going on, but the sad fact is that our top Pentagon officers, I think, see themselves as working for the defense contracting corporations like McDonald-Douglass instead of the American people.
That is a great avatar pic, BTW, you might enjoy this video.

You can include a link to this post in your posts and comments by including the text q:338969
Slug does not evaluate or guarantee the accuracy of any content. Read full disclaimer.