Describe your experiences going into depth with psychology. Are you frightened of what you found? Morbidly lustful? Permanently scarred, or perhaps more indifferent than you'd ever thought possible?

Self knowledge always brings wisdom, because by understanding ones self at deeper levels we are able to understand others at a deeper level, and all of humanity.

Psychological inquiry reveals misunderstandings and assumptions about the world that we all formed as children before we had our full adult faculties, so we all made many poor assumptions that later became so familiar they are invisible to us.

No risk of "scarring." That question is probably based, actually, in some assumption inherited by the 8 year old kid you once were. 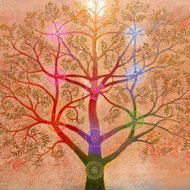 I am doubtful that this argument comes from a genuine exploration of depth--- The happy-go-lucky 'quote an inspiration' flavor of this text seems to cry of faith in the goodness of others, but this is depth we are speaking of. I argue that it is very difficult to come out of depth---without--- psychological scars from the very recent delving I've done in my Adult life. Self knowledge is pretty heavy if the seeker is open to such pain. Would you describe the fear and pain that your 8-year-old-self has gone through and describe how it relates to the every-man?

@SwiftFiction I don't quite understand, are you saying looking back over your life you've found that painful? Certainly that could happen.

I'm not quoting anybody, though.

I've found that I've been embarrassed, afraid, dishonorable, mean, indifferent and all the other things that people go through if they live a normal life, and some of them are uncomfortable to look at. Some perhaps from being 8 years old, some earlier, some later.

But the key is that everyone goes through those experiences to one degree or another. Your life is going to be run by what you are unable to look at or admit, so it's good to get past it and re-examine those things as an adult.

@damo9f There is risk of scarring. That is what I am saying.

@SwiftFiction anything is possible, I suppose. But I think some advice and perspective from someone who's committed to your future is a good idea and worth the risk. Go for it.

You can include a link to this post in your posts and comments by including the text q:64964
Slug does not evaluate or guarantee the accuracy of any content. Read full disclaimer.