Lase fair economics tends to concentrate extraordinary wealth wealth in the hands a few. Redistribution tends to confiscate from those who produce and reward those who don't.

What are some way to address wealth/income inequality with out using taxes?

Unless you live alone on an island or are in some other way isolated everything you do effects someone else. If you want to drive yourself crazy you can try and defend the position that you can have no right that infringes on someone else's rights. That is why in the U.S. we have enumerated rights that are protected regardless of the will of the majority. Rights that are not enumerated is income equity or fair distribution nor protection from taxation. The only time the concept of fairness is applied is that your property cannot be taken away without fair compensation. Unfortunately that language comes from the 5th amendment which is focused on people accused of a crime. Since unfair taxation was central to the war of independence how could this be an oversight.

The constitution originally allow for the power to tax imports (or, tariffs) and to tax excises (the most significant of which was alcohol). Were Congress to levy a direct tax, it would have to be in proportion to population. In the twentieth century progressives pushed through the 16th amendment that allowed income taxes. It reads as follows "The Congress shall have power to lay and collect taxes on incomes, from whatever source derived, without apportionment among the several States, and without regard to any census or enumeration."

The 16th amendment gives the Congress almost unlimited control over every aspect of out lives because taxes are not just a way to pay for government but are also a way to manipulate the population. This ability to manipulate can be illustrated by the Courts ruling on "Obama Care". The Court in 2012 ruled that the Congress exceeded it's power to regulate commerce under the individual mandate in that a person cannot be forced to participate in a market. The Court then ruled that the individual mandate was constitutional as a tax. Other taxes such as those on tobacco products and alcohol being originally allowed as excise taxes. Here is where it get confusing because excise taxes punish for participation in a market while in theory not forcing a person to do so. In essence the Court ignored that all taxes can be thought of as coercive or a fine and fines can be paid the same as taxes. You could argue that excise taxes could be levied on every product having the same coercive effect as as fines and be as unlimited. In any case the 5th Circuit Court of Appeals in New Orleans agreed with Texas and 17 other states that the key individual mandate is unconstitutional in 2019. We can assume that the Supreme Court will hear this case.

All of the above is so illogical that the framers must have assumed that the states would manage taxation limiting the power of the central government to use coercive taxation. Most states at the time the Constitution was written had property requirements for voting which addresses the issue of irresponsible redistribution but doesn't address coercive taxation for other purposes.

I'm replying to my own comment because it is impossible to make a short reply.

To be fair I understand that the original question is asking for a general critique of limited government and free markets but I'm looking at it from a U.S. perspective. I want to justify that. I would argue that the U.S. Constitution established limited government as a core principle. The U.S.government today is anything but limited. It's possible that understanding how government control over the economy in the U.S. expanded will shed light on the issues under discussion.

Picking up where I left off previously. The question of how the central government expanded it's power to tax and thus indirectly control behavior is just one of the ways the central government has expanded beyond it's original mandate. One way to illustrate how government has expanded is to look at the Code of Federal regulations. In 2013 the CFR contained 175,496 pages up 30,000 pages from just 10 years earlier. The sheer volume of laws makes it impossible for anyone to know if they are always in compliance.

The effect of mind boggling legal complexity is to give an advantage to corporatists in the political arena reversing the original constitutional extent to give political power to small individual land owners. A process very similar to what happened in Rome right before the end of the republic. So not only has the power of the central government expanded but so has that of large corporations and financial institutions. Institutions that because of their global nature have interests that may not align with the interests of the average citizen.

There are many factors that lead to government expansion. Some people point to two world wars. Again that is eerily analogous to the Roman experience. Government expansion however is just one of the issues. There is also the issue of an apparently dysfunctional constitution.

It isn't that slavery itself broke the logic of the Constitution but what was necessary to win the civil war. Then president Lincoln took on extra constitutional power going so far as jailing editors critical of the conduct of the war. In other ways he trampled on state rights. For example eliminating slavery which had been considered something for the state's to decide. States rights were an obvious impediment to winning the war.

Without strong states rights the Constitution as established makes little sense. States rights remains central to every issue we face. The vague wording of the Constitution is largely due to the assumption that each State would write it's own laws and gather the majority of taxes.

Don't address wealth inequality. The idea that wealth inequality is wrong implies that there is only a finite amount of wealth and therefore, it should be equalized. In a free market economy, people accumulate wealth from people who volunteer to give some of their wealth in exchange for something they see as a better value. Everyone is better off.

The problem is, we don't have a free market economy. Government policies pick winners and losers. Every policy designed to help, fill in the blank -----, has an unforeseen side effect. In Basic Economics, Thomas Sowell, claims this is because people fail to think beyond stage one. I'm a farmer, when a politician says he will help the farmers, I ask, which ones? Make grain more profitable and livestock farmers suffer, for example. That is why the Federal government was never granted authority to have an agriculture department by the Constitution. 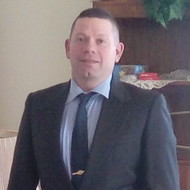 The ideology itself does not place wealth anywhere. To control someone's output is antithetical to any form of capitalism.

UBI-FIT with a progressive wealth tax.

The difficulty is deciding what level of UBI will keep people from extreme hardship while still motivating employment..

Then what level of FIT to level that will still motivate hard and effective labour.

Then at what level should wealth tax start and how progressive it needs to be to still motivate wealth creation. 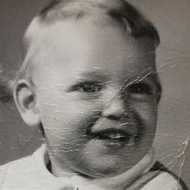 It's actually quite simple, first enforce anti-trust/monopoly laws, set limitations on size of and life span of Corporations, write and enforce laws against "vulture capitalism", Those who work hard and sacrifice much of they're life to achieve great wealth, will always accumulate greater wealth than those who punch a clock, pass laws (and again enforce them) that keep those with wealth from "rigging" the game, thus guarding the "equality of opportunity" not outcome. Of course that would also mean you need an uncorrupted Government, might as well search for unicorns.

Because the US federal government is a monetary sovereign it can theoretically spend as much money it wants on public goods without taxation. But it needs to have some taxation in order for its money to have any credibility and to help control inflation. And it should tax enough from the wealthy to avoid extreme concentration.

Unbelievable intelligent people still believe that.
No you cannot just create money to pay for public goods without creating value.
You just create inflation... governments need to loan money just like businesses to ensure value of money is retained.
Printing money to pay bills have ruined many countries.

@Hanno Wasn't implying that you could create money without creating value and avoid inflation. I was focusing on the necessity of taxation since that was the point of OP. No, governments do not need to borrow money. Yes there are constraints.

@WilyRickWiles ok, so how could a government spend as much money as it want?
Where would the money come from?

@Hanno The same place it comes from when you take out a loan.

@WilyRickWiles that is what I said.
That is not what you said.

@WilyRickWiles ok, you changed your response and now we are in agreement

Libertarian idealism based confederation of states. 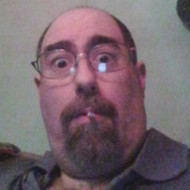 Sounds communist to me 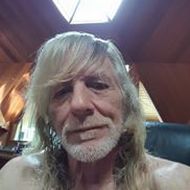 You can include a link to this post in your posts and comments by including the text q:71917
Slug does not evaluate or guarantee the accuracy of any content. Read full disclaimer.