This is a different kind of article. In the current environment, everything is seen as offensive and fake hate crime accusations make the media wet until they find out it isn't true and then quietly throw the story to the side when they are done using it for pleasure outrage. This article is about corrupt politicians and about how they ignored an actual hate crime, or at least what would definitely qualify as one by today's standards.

This story has video that is posted on YouTube and it went mostly untouched by the media. The media that, I presume, is controlled by these dirty politicians in deep blue state Illinois.

I can’t say this enough – Why is this not National News?

What if I told you that at 'a peaceful protest’ a white guy grabbed an unarmed black protester, dragged him and then slammed him to the ground on video and nothing has been done about it?

Now, what if I told you that this guy is the white mayor of a city in deep blue state, IL called Joliet? Would you believe me?

A mere 45 miles South of Chicago, straight down I-55, 1 hour 15 minutes away from the office of the prosecutor in Cook County, IL, Kim Foxx where the following happened:

These are some of the recent ‘hate crimes’ that have come out of Chicago:

$50,000 Bond for calling a black woman a ‘black bitch’
[abc7chicago.com]
A River Forest man has been charged with a hate crime

$10,000 for having an argument with a woman wearing a Puerto Rico T-Shirt
[chicago.suntimes.com]

Chicago has been juicy for a hate crime like a dog in heat, but nobody is talking about this. Why?

When I google, 'Mayor Bob O'Dekirk fights with unarmed black protester in Joliet, IL during a George Floyd vigil on May 31, 2020,' a few of the MSM websites have done their obligatory blurb about it and then just kind of dropped it. There were a couple updates to older articles, bumping them up in the search rank, but nothing of substance. Why?

Some of the articles are intentionally misleading stating that mayor was accused of 'excessive force...' The MAYOR does not get to use ANY force. No contact, ever, with another individual for any reason.

Joliet mayor says he will not step down after confrontation with protester, accused of using 'excessive force'
[abc7chicago.com]

One article says, 'Charges were dropped," against the victim... when in reality charges were never filed.

The lawyers appearing at a press conference outside Joliet City Hall said charges should be dropped against Victor Williams and Jamal Smith, and police should consider charges against the mayor, including impersonation of a police officer.

Then, Joliet, IL, mayor Bob O’Dekirk appointed one of three black leaders who backed him during a news conference on the mayor’s protest scuffle to the city’s police board later that same day.

See that article in the Herald, here: [theherald-news.com]

In Chicago, it can be a terrifying experience to have to report the news. People lose their jobs for reporting the wrong kind of news in Chicago. Why is everybody protecting this white mayor in a city in very large WILL COUNTY, IL.?

Now, the plot has thickened because a video has surfaced that ‘allegedly’ shows several cops holding the victim down while one punches him and the suspect does not appear to be resisting arrest.

Why is nobody talking about this?

The quality of the environment you live in is dictated by the prosecutor in your county. We have seen the most horrific public display of injustice by these individuals who have unfettered authority with zero checks and balances. They make up laws out of thin air, use government resources to help their friends settle personal vendettas and let criminals go free while prosecuting those who criticize them. James Glasgow is the white male prosecutor in WILL COUNTY, IL.

How corrupt does a system have to be to squash a story in this day and age that is backed up by video proof of a white mayor attacking an unarmed black protester at a George Floyd ceremony in Joliet, IL – allegedly? Clear as day posted on YouTube. This video is then followed by another video which claims to show Joliet police then punching (allegedly) the same victim that was attacked by the mayor. How is it possible that this is not national headlines?

I contacted every major news outlet with links to the videos and to the extremely watered down and in some cases blatantly deceptive stories. Why doesn’t anybody care about this?

Shortly after this, video emerged of the same police department detaining a man who died in their custody. The Eric Lurry story was also silenced and is also mired in controversy. Why was this story not national news? How corrupt is Joliet, IL, the mayor, the prosecutor and the police officers involved that they can escape the criticism worthy of their actions which were equal to that of other high profile cases that sparked riots across the country?

Here is a link to more links and videos pertaining to the alleged assault of an unarmed black man by the mayor of Joliet, IL, Bob O’Dekirk:

Note: The views and opinions expressed in this article are those of the author and do not necessarily reflect the position of this website or its members.

Update: I even tweeted this to Black Lives Matter Chicago and they blocked me. How corrupt do you have to be to squash this in this political environment? 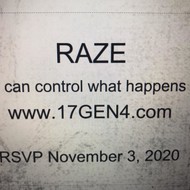 Thanks for posting my article to the magazine section. However, you changed the title to: 'An example of reverse-hate crime news stories being buried...' And that is not at all what this story is about. I will attempt to change it now.