I found this floating around on the internet today; a brief synopsis of events over the past few years.

Anyone care to comment, add your observations below, and as always, be objective...

"The DNC rigs the Democratic Primary Election against Bernie Sanders so Hillary can win the nomination.

Obama's administration starts to request surveillance on Trump, his family, his transition team, and anyone associated with him.

Donna Brazil gives Hillary the questions to a debate.

The DNC pays Christopher Steele to come up with a smear dossier about Trump.

John McCain turns the fake dossier over to the FBI, knowing that his move would cause a major investigations that would split the country in two.

After all this Trump still wins the General Election.

Obama orders an investigation into Russia meddling in our elections.

The Democratic Party comes up with a scandal that Trump colluded with Russia to win the election with no evidence or proof.

This wild claim is backed up by the mainstream media.

Obama hold-overs start unmasking Trump's transition team and staff members, then release the classified information to the mainstream media. Why? Because the DNC and the Obama administration colluded with the intelligence community to thwart Trump's campaign efforts to get him elected president.

All this Russia collusion is an attempt to cover up the fact that the Obama administration, the intelligence community, the DNC, along with the mainstream media used our nations surveillance as a political tool to try to get Hillary elected President."

Anyone care to guess the next plot twist?

How do you feel about all this?

Well , why? Why so desperate? Why so determined to remove this man? Why did they need she who stirs the cauldron in so badly ? There is a lot more to this story and it isn't good. It is all connected as well. Drugs, open borders, child sex trafficking, money laundering, funneling money out of government programs, murdered and missing, one world order, Epstein , Nexium, blackmail and that is why they wanted Hillaby in. To keep it going and not be found out .

A regular citizen would not be afforded a pardon. Equal justice under the law. 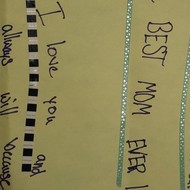 From the moment of the elect ion results, they have been scheming to find a way to over turn and negate the will of the people 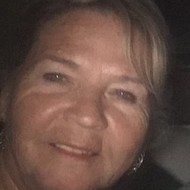 Excellent video by Victor Davis Hanson on Mueller Probe on YOU TUBE by a US INTELLECTUAL and HISTORIAN
He seems not bias and neutral. Answers many of your questions

Another example of Mundt Smith at work...7 mins in, MSM shared buzz words.

Never thought I’d live to see a coup attempt on a President in the United States.
Guess Obama really wanted us to be more like other globalist countries.
How much of our Nations secrets were spread around the globe to advance Obama’s agenda and bank accounts ?

There needs to be a full investigation and let them do jail time.

If you didn't laugh, you'd cry.

Bongino is all over this. Things are happening. 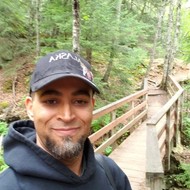 Unfortunately, nothing will happen.

Interesting comments. My opinion is what exactly did Obama and the Clinton's have in mind for the USA that they were willing to compromise the integrity of the American political system and the President. Think - what was their plan!!! Why was it so important to get Trump out of office? What are they so worried about, what don't they want Trump to uncover??? And why are they still trying? They are scared and they are hiding something big!!!!!!!!
God bless Trump!

Maybe Uranium One business.
Even Mueller was in on that deal. ?

Their plan was openly stated from the beginning of the Obama Administration. I remember seeing many gloating articles through the first couple of years about how the "Republicans would never win again". Obama and the Dems governed those first years as if this was true, changing rules in congress, executive orders as legislation, open bribery to pass the ACA, etc. They worried a little after losing the house, but were able to BS their way through the next election and placed plans and operatives to steal the election next time (if needed). THEY FAILED and now their corruption and hubris are biting them on the ass, and I am loving it!

“After all this Trump still wins the General Election.
Obama orders an investigation into Russia meddling in our elections.
Obama changes Executive Order 12333 to allow more agencies to have access to surveillance data.”

This sequence is key ... once Trump won, the players swung into action. Obama ordered the investigation to be completed before he left office (by Dec 31 if I recall correctly) and expanded the surveillance access to “17 agencies” just to make it more official. When was any government investigation completed in six weeks? After that, the stage was set.

And this is where the Bill Mundt-Smith Act comes into play too. Formed in 1948 to combat propaganda being disseminated by foreign entities to the public at large, while also restricting what the US government could disseminate to internal news outlets to a vulnerable WWII recovering population . This act is then amended 2013, effectively repealing its internal restrictions against the latter and and signed in by Obama. This was very significant imo. Especially with respect to all the leaks to the press during this current administration, as it removed the internal restraint of the Bill's intention. Think this will show up as a contributing factor, once the question of 'was there legal culpability by the former administration regarding leaks to MSM' and the answer will be no....could be wrong, we shall see.

@purdyday thanks for that. I wasnt aware of that act. Not surprising, however. Democrats always seem to have properly greased their path to avoid any culpability.

@Garsco yes, am surprised it took Clinton 2 years to discover bleach-bit....a little less slippery but dry is appropriate in that case, lol

This was a the opening of the gate for what followed- Something wicked this way comes:
[ivn.us]

The phrase "good Troll armies" is cause for concern, especially coming from Comey.

The Smith-Mundt act amended into the year of our lord, Orwell 1984.

They had a program called Operation Weeping Angel to spy on people from the web-cameras on their laptop computers.
That's more like Operation Creepy Uncle Sam.

@purdyday
The phrase "good Troll armies" suddenly makes sense. All of this time I thought James Clapper was a gnome or maybe a goblin.

Now I know he's a Troll! He probably lives under a bridge on the information superhighway.

Let's look at the attempted invalidation of Trump's election.
Some people, Strzok among them, said that the reason they began this "campaign" against Trump was because he was bad for the country. Some of have said that Trump was a danger possibly clear and present.
So... if the reason for their opposition to Trump was patriotic, if Trump was such a dire threat to the nation they loved so dearly... why engage in such a soft coup? Why mention the 25th Amendment when there was no chance it would work?
If Trump were actually Evil as many have said... why didn't those most devout FBI agents have him assassinated. I'm sure the sum of all intelligence agencies could have found suitable assets. Strzok and his like / ilk had opportunity.
Why not strike a blow against Evil? Wouldn't a true Patriot make a sacrifice for his country?

The reason they did things the way they did... they knew Trump was neither evil nor a danger to his country. This entire fiasco was political and nothing else. Trump's evil consisted of being unlikable and of not being Hilary.

Btw I liked the fact that he was not Hilary. In fact in somewise at least, it's his most endearing character trait.

There are plenty of other motivations besides patriotism. Desire for the status quo to continue for their own profit would be my guess..

@Littlerock
Exactly. In fact I think if Hilary had won, the status quo would have become more Deep Statist Quo.

Under HIlary imagine how much Clapper's and Brennan's power would have increased. The NSA would have been all up in your business... I mean more than they already were.

The government was supposed to be for the betterment of the country, not them. On the other hand no one in their right mind would ever want a job like that. So lock them all up and start over.

You can include a link to this post in your posts and comments by including the text q:32240
Slug does not evaluate or guarantee the accuracy of any content. Read full disclaimer.