The Lincoln Project are not "real" Republicans?

Government of, by, and for The Public, is not Nationalism.

Nationalism is of, by, and for those who run a Legal Fiction Nation-State Debt Collection Agency.

So, not only are the "Democrats" not democrats (they are Marxist Communists), pretending to be the "real" Nationalists (The Lincoln Project) hiding behind a false front of "Republicanism," those Nationalists (MEGA Movement: Trump) are not Republicans themselves.

The original move by Nationalists usurping Republicanism (Freedom, Liberty, government of, by, and for the people as a whole, under Rule of Law, which is the common law, the law of the land, each individual on an equal footing at law) was in 1787, through 1789, when the Nationalist Party disguised themselves as Federalists.

Federalists were those agreeing with the concept of competitive Nation-States forming a Defensive Agreement against enemies that are more powerful than each Nation-State defending themselves alone.

This is explained here:

Reclaiming the American Revolution: The Kentucky and Virginia Resolutions and Their Legacy
by William Watkins

"Second, federalism permits the states to operate as laboratories of democracy-to experiment with various policies and Programs. For example, if Tennessee wanted to provide a state-run health system for its citizens, the other 49 states could observe the effects of this venture on Tennessee's economy, the quality of care provided, and the overall cost of health care. If the plan proved to be efficacious other states might choose to emulate it, or adopt a plan taking into account any problems surfacing in Tennessee. If the plan proved to be a disastrous intervention, the other 49 could decide to leave the provision of medical care to the private sector. With national plans and programs, the national officials simply roll the dice for all 284 million people of the United States and hope they get things right.

"Experimentation in policymaking also encourages a healthy competition among units of government and allows the people to vote with their feet should they find a law of policy detrimental to their interests. Using again the state-run health system as an example, if a citizen of Tennessee was unhappy with Tennessee's meddling with the provisions of health care, the citizen could move to a neighboring state. Reallocation to a state like North Carolina, with a similar culture and climate, would not be a dramatic shift and would be a viable option. Moreover, if enough citizens exercised this option, Tennessee would be pressured to abandon its foray into socialized medicine, or else lose much of its tax base. To escape a national health system, a citizen would have to emigrate to a foreign country, an option far less appealing and less likely to be exercised than moving to a neighboring state. Without competition from other units of government, the national government would have much less incentive than Tennessee would to modify the objectionable policy. Clearly, the absence of experimentation and competition hampers the creation of effective programs and makes the modification of failed national programs less likely."

Monarchists, Mercantilists, Fascists, Corporatists, Communists, Dictators, Empire Builders, Despots, Imperialists, Colonialists, Oligarchs, Slave Masters, etc., can tell the truth about the means by which they will enforce their exclusive rule over their targeted victims, but that does not work as well as packaging their evil intentions behind false fronts, false flags, and false propaganda.

Democrats designed democracy in small places such as Athens Greece during the so-called Golden Age, and that democracy grew too large for democracy to work, and it was swallowed up covertly and overtly by Empire Builders telling lies, particularly someone named Plato. There were whistle blowers then too, such as the people who constituted the Stoics. Democracy was categorically not Majority Rule by Elections, because those democrats knew that Majority Rule by Elections leads to Oligarchy.

Democracy originally was Rule of, by, and for The People as a whole. It was voluntary association for mutual defense, working with small numbers of people, under common laws, including trial by jury. Those who were moved from Private offices to Public offices were selected randomly from the whole population so as to ensure representative representatives selected (randomly) from The Whole People.

Democracy faded out of use, as populations grew, and as armies of criminal grew, as fewer and fewer defensive associations were capable of defending against large criminal armies run by psychopaths and their Empire Building methods, such as making false claims as to what they are really doing, so as to fool naturally born, peaceful, people.

Then came republicanism, as a counter to Empire Building armies of criminals, and a return to government of, by, and for the people as a whole. Traces of this are found in example after example, as the power struggle between criminal aggressor armies and lawful defensive armies gain power and clash during the rise of human civilization.

A useful adaptation from democracy (no elections by majority rule) to republicanism was elections by majority rule to create a competitive Nation-State. The obvious problem was a Nation-State Monopoly of Power and Profit that was taken over by criminals from within the boundaries of that defensive unit formed for the defense of all The People in that Republic. A clear move to prove a Nation-State turning Despotic is the formation of two sets of laws, one for the Masters, to keep them from killing each other, and another set for the slaves, to keep them from returning the Nation-State back to a Republic by prosecuting the criminals who are hell bent on building Empires. Another clear move to prove a Nation-State turns Despotic is Aggressive War for Power and Profit, as the new Emperors begin Empire Building by "annexing" nearby people in nearby places.

Another useful adaptation from democracy, to republicanism (defensive Nation-States), is Federation, where Republics form into voluntary associations for defense against Empire Builders that have swallowed up many people in many places and their aggressive armies of criminals are larger than the sizes of any single Nation-State, despotic or otherwise, such as a Republic.

This is what is illustrated well in the 1774 through 1789 Federation of Republics called The United States of America, before the criminals took over in 1789. 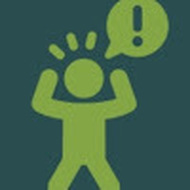 Just now getting to this: good find?

You can include a link to this post in your posts and comments by including the text q:282808
Slug does not evaluate or guarantee the accuracy of any content. Read full disclaimer.